It was my birthday on Thursday, and I took a couple of days off because why not? I had also been promised a very great treat on Friday if the weather was kind. 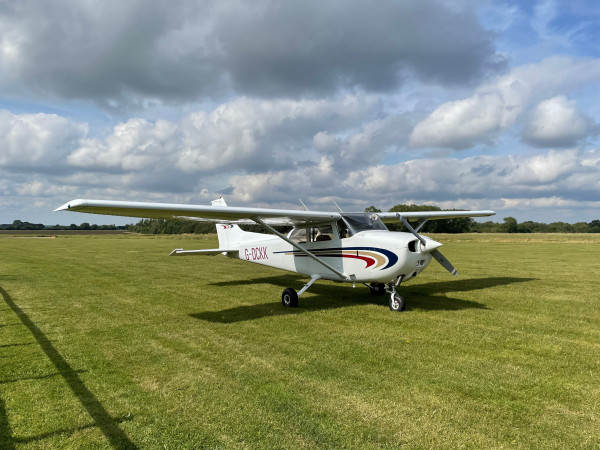 My friend David gained his pilot's licence last year despite everything else that was going on, and is now the proud part-owner of a four-seat Cessna 172. Howard and I boarded at Elstree, in north London (I got to go in the front because it was my birthday) and flew to Old Buckenham in Norfolk for lunch.

The Cessna was built in 1977, making it the same age as me. I chose to find this delightful rather than worrying. It wasn't my first time in a light aircraft but it's always strange. Passenger comfort and legroom are about what you'd expect in a small family car from the same era, and it feels, if anything, less sturdy, because there isn't much to crash into up there.

The takeoff, after rigorous pre-flight checks, was rapid, and I lost sight of our starting point almost immediately. From this height, below the clouds, there was plenty to look at: cars on the M11, fields bordered by hedgerows, swimming-pools in gardens and, excitingly, a line of Apaches on the ground at RAF Wattisham. Meanwhile David switched frequencies as we passed from one sphere of air traffic control to the next, reporting our height and flight plan and receiving occasional instructions in return.

It was quite something to walk into the clubhouse at Old Buckenham through the airside gate, rather than from the car park as I have done previously. We had lunch and strolled around the little museum dedicated to the USAAF 453rd Bombardment Group, based here during the Second World War, whose members included James Stewart and Walter Matthau.

Our return flight took us as close to Duxford, where the Battle of Britain Air Show was in progress, as the tower at Cambridge would let us. I spotted a white and red biplane below us, our relative speeds making it look stationary, and we listened in as the pilots of a Spitfire and Mustang talked to the controller.

We landed back at Elstree in the perfect golden light of late afternoon. We'd logged under two hours of flight time, yet it was a full and wonderful day. 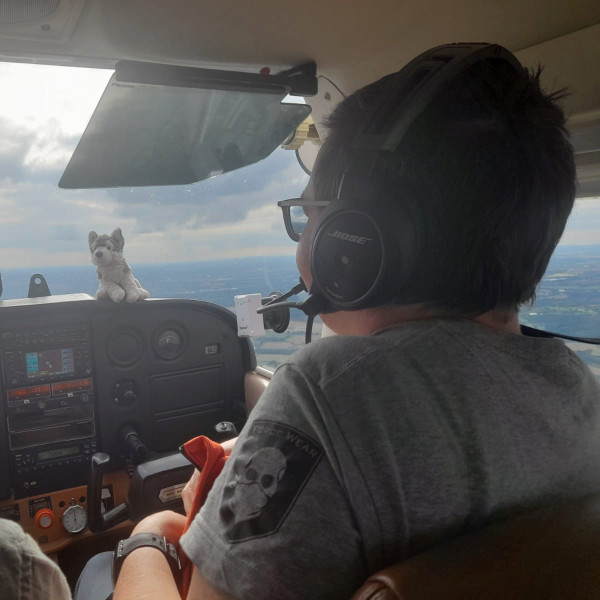