I have a BFI membership for two reasons. Firstly, to support the great work they do, and secondly because anything Dr Who-related sells out before tickets go on sale to the general public. (10% off drinks at the bar is nice, too.)

This weekend, my friend Hannah came down from points north to see The Evil of the Daleks with me.

Finding ourselves near Westminster Bridge, we took the opportunity to visit the spot where George Lazenby posed for publicity photos: 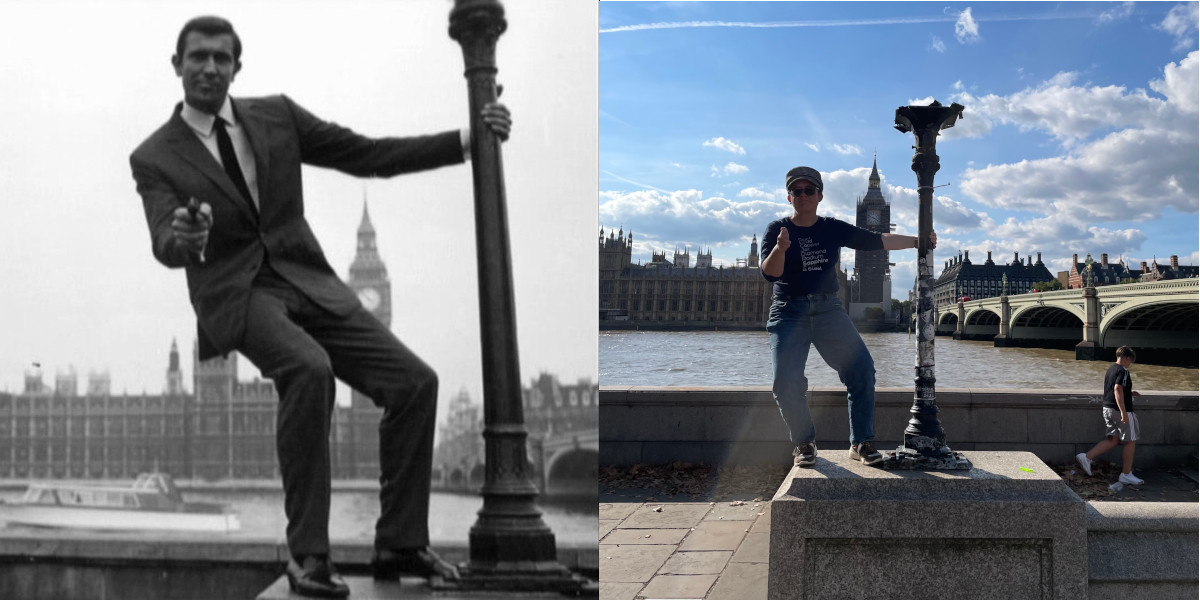 The story we viewed is a Second Doctor (Patrick Troughton) adventure, one of many whose original recording has been wiped so only fans' off-the-telly tapes of the soundtrack existed. The sound has now been polished up and added to an animated interpretation of the visuals. It's also the story that introduced companion Victoria.

I enjoyed the reanimation of The Faceless Ones, which I saw at the BFI near enough to the coming lockdown for special guest Anneke Wills to announce that she wouldn't be doing hugs or handshakes, and I had high hopes for this one. It was beautifully done, and I found the Daleks properly menacing as they glided smoothly around (rather than clunking and wobbling as I suspect they did in the original version). There were, once again, little visual jokes in the background: [Spoiler (click to open)]one of the coats of arms in the mansion house was labelled ECCLESTON, so I started keeping a careful watch on the others. And the story is a cracker, in which the Doctor is forced to inject the 'human factor' into some test Daleks so they can figure out why the humans keep winning, with some unexpected results.

Afterwards we had a drink in the BFI bar, which was open, busy and reassuringly normal-seeming. Then we had another drink because the train Hannah had been planning to catch had been cancelled and there wasn't another for an hour. 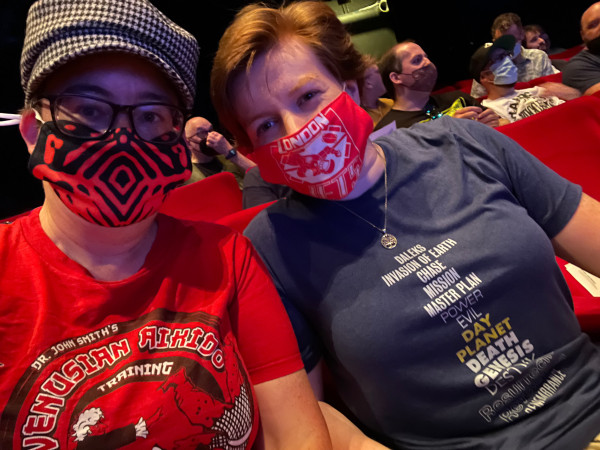