The Shuttleworth Collection started a programme of socially distanced, drive-in air shows last year, but this was the first I'd attended - the theme, 'Spies and Intrigue', providing an irresistible draw.

Howard collected me in his car and we arrived an hour before the display was due to start. We were guided to a bay marked on the grass, with space for a car plus room to set up a couple of folding chairs and have a picnic. To pass the time, there were refreshment stands, loos, the gift shop and a chance to peek into the hangars.

Then two Spitfires crossed from right to left, the late afternoon sun glinting on their wings, and the show had begun. 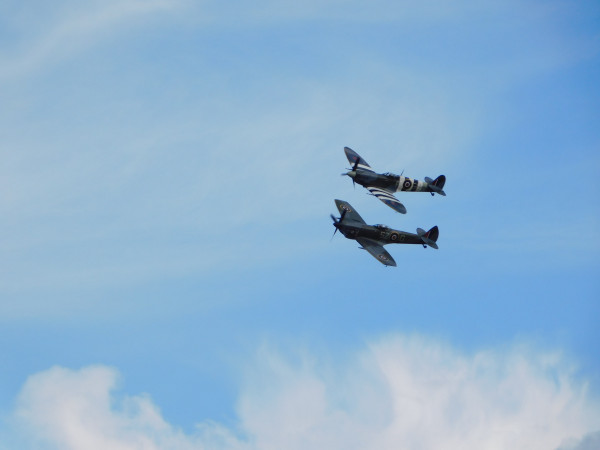 The Spies and Intrigue were provided by two Lysanders, a type frequently used to drop and pick up SOE agents in France, which looked suitably secretive in the dusk. 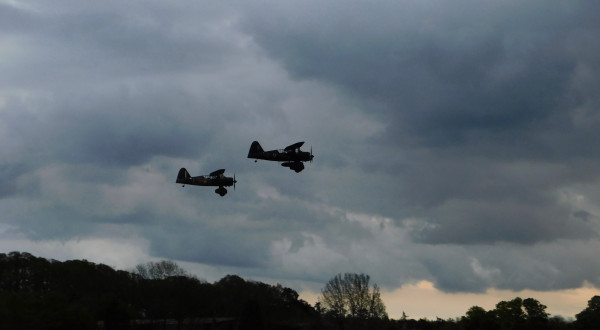 Halfway through the evening we were warned to take cover. Flying ceased and we got in our cars for twenty minutes of downpour until the clouds passed over, a rainbow appeared and the display could recommence. 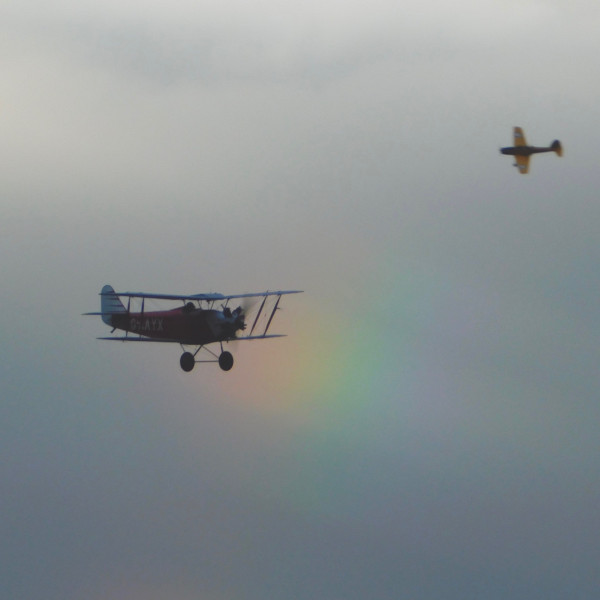 Shuttleworth works hard to keep its vintage aircraft in flying condition, and their shows are a chance to see planes in the air that would usually be confined to museums. A Sopwith Pup and Avro 504 - the real thing, not replicas. Ancient, tiny gliders. The De Havilland Comet flanked by two other 1930s racing planes, like an interwar display at Hendon. 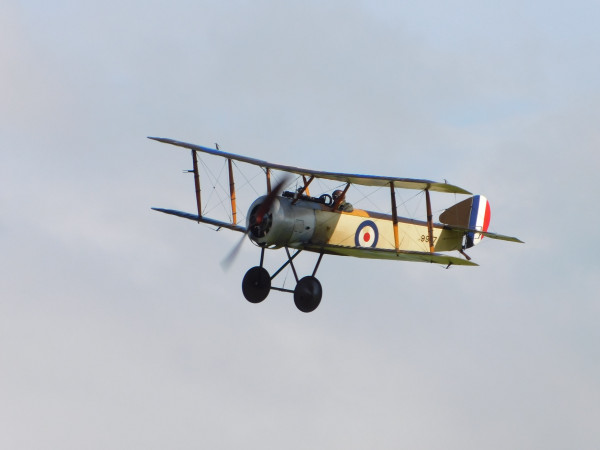 If conditions are just right, the Edwardian aircraft take to the sky. On this occasion they were good enough for a replica Bristol Boxkite to take off slowly and gracefully, a frame of wood and canvas with wheels like a pram.

It was 9pm and dark by the time the pram wheels touched down. Exiting was quick and easy, despite the soggy ground, and we headed south for a night in the Letchworth Garden City Travelodge.

There was time for a little local tourism before heading home, and first on the list was a trip past the UK's first roundabout.

Afterwards, we ticked off a longstanding item by taking a look at the giant Cardington airship sheds which once housed the ill-fated R101 and the R100 worked on by Nevil Shute and Barnes Wallis. A little extra excitement in the form of two hares (two! both at once!), which you can just make out facing each other off in this phone photo. (I hoped they might start boxing but I guess it's a little late in the year.) 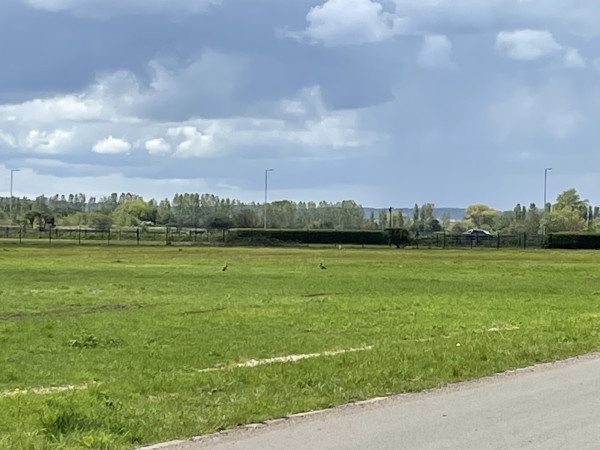 A nearby RSPB reserve provided a place to eat our ALDI sandwiches, pet some nice dogs and go for a walk. We heard a lot of birds and saw a lot of what, thanks to

Finally, a swim. I'd googled 'wild swimming bedfordshire' and picked a likely spot, in the river Ivel by the little town of Langford. This turned out to be at the end of a cul de sac of very nice houses, and, to my horror, by the time I got out I had attracted An Interested Crowd (i.e. an elderly couple and their Staffie cross). I was afraid there would be aggro when I encountered two families of Canada geese, but we stayed in our respective lanes and they let the matter go with a bit of honking. 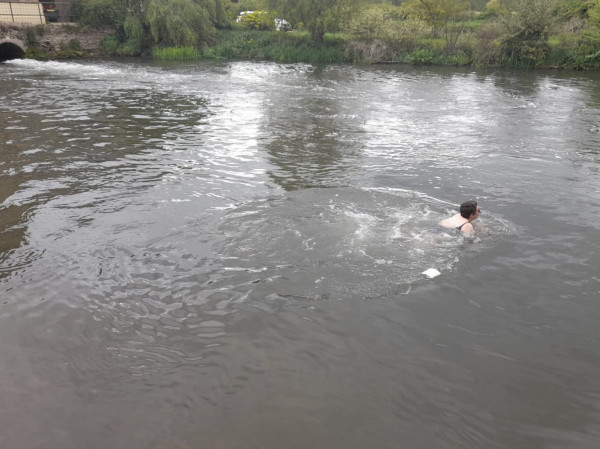 And one last bit of excitement on the way back as we unexpectedly passed RAF Henlow and I leaped out to get a snap of their Hawker Hunter gate guardian. 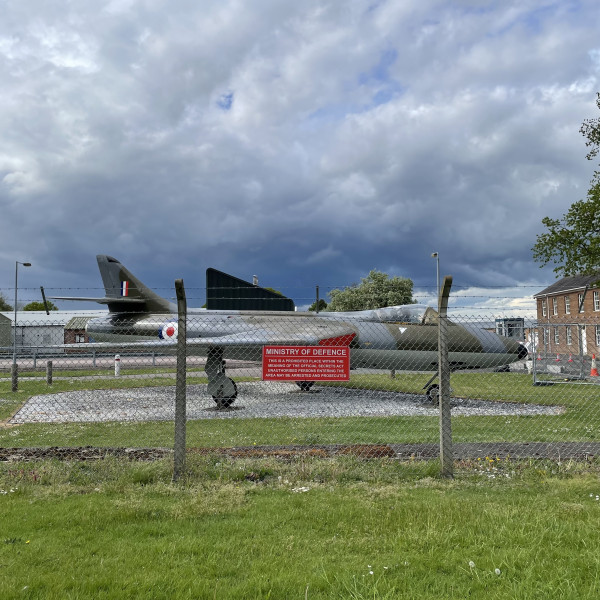