I spent the weekend in my support bubble, i.e. down at Howard's. We took the bikes for a much-needed scenic ride along the coast into Devon, stopping at the little seaside town of Beer.

Beer's claims to fame are its fishing fleet and its name. There's a pub called the Barrel of Beer (currently closed, of course) where, as their sign points out, you can 'have a beer, in Beer, at the Barrel of Beer'.

We made our way to a quiet spot of beach so I could have a swim. It was a mild day but the water was still cold, and ten minutes was enough. Afterwards I had sandwiches and a raspberry doughnut to replace lost joules.

We queued on the quay to buy lemon sole for supper. Soon after we finished our transaction there was a loud bang, which the fishmonger dismissed as thunder. It was only when

callmemadam asked me about it the next day that I learned we had heard a fireball meteor.

Howard wasn't overly enthused by the lemon sole, even pan-fried with butter, so I took the opportunity to remind him that there are plenty more fish in the sea. 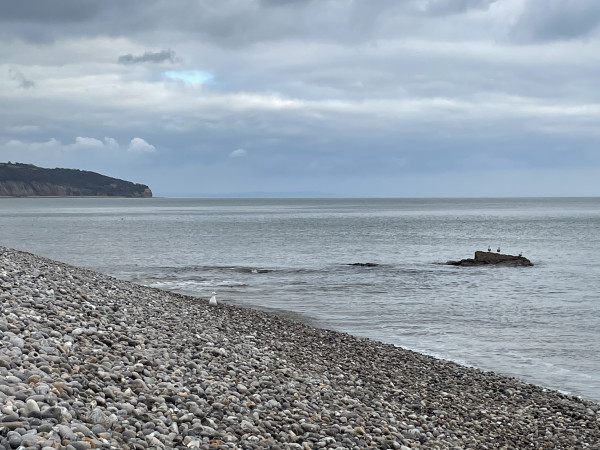