It's been all about Dame Diana Rigg in this household since the sad news of her death on Thursday.

My flatmate is more of an Avengers fan than I am (and I am a pretty big Avengers fan), so she provided a curated experience of some of the best Mrs Peel episodes, including The House That Jack Built. We drank champagne (well, 'English sparkling wine'). 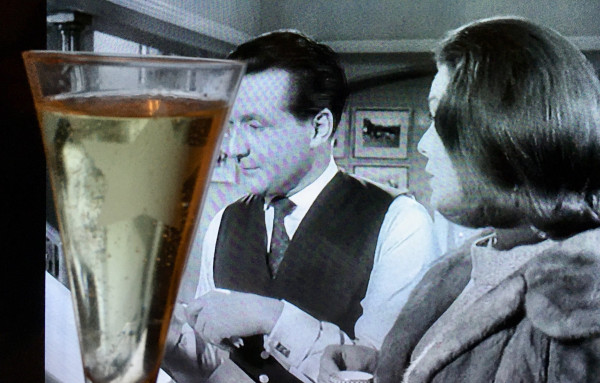 Sarah received a fondue set for her birthday and had not yet christened it, so yesterday I had the genius idea of firing it up while we watched On Her Majesty's Secret Service, for a full Swiss experience.

We had a lot of fun setting up the stand, preparing dips and setting light to a mysterious container of blue gel. We watched the film - one of my top three Bonds always - in the company of Diana Rigg in art print form, George Lazenby in signed photo form, and a small St Bernard I acquired on the Great St Bernard Pass some years ago. 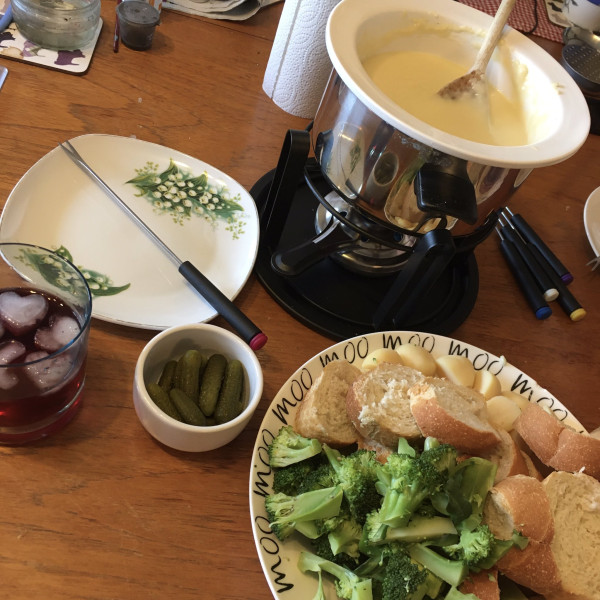