Because zoos need our support to keep taking care of their animals (as one zoo owner put it in an interview, "you can't furlough an otter", I felt I was doing no less than my duty in going to two zoos within a week.

Wildwood near Herne Bay in Kent specialises in British animals, including animals we used to have before we killed them all off, so wolves, lynx, bison and brown bears. On Saturday I went along to one of their evening sessions with my old flatmate Calgor and his partner.

It was a cool, sunny evening after a grey and rainy day, and the light was particularly perfect as we photographed the fallow deer.

We walked through the red squirrel enclosure without seeing any red squirrels, and took the rope bridge (enclosed!) across the bear enclosure, where we very much did see one of the bears strolling up and down by the fence. We lingered for as long as we felt we could (social distancing meant little knots built up behind you if you stood still too long) looking down at the wolves, who were mostly loafing about while one fellow trotted around on important wolf business. I also loved the arctic foxes, who were snuggled up next to each other.

Once again there were timed entry slots, a one-way system and no indoor exhibits, but they were more relaxed about eating and drinking on the premises, meaning I could fortify myself for the ride home with a hot dog and a latte. It was very good to catch up with friends I hadn't seen since before lockdown, and I hope we can have a socially distant barbecue or something soon. 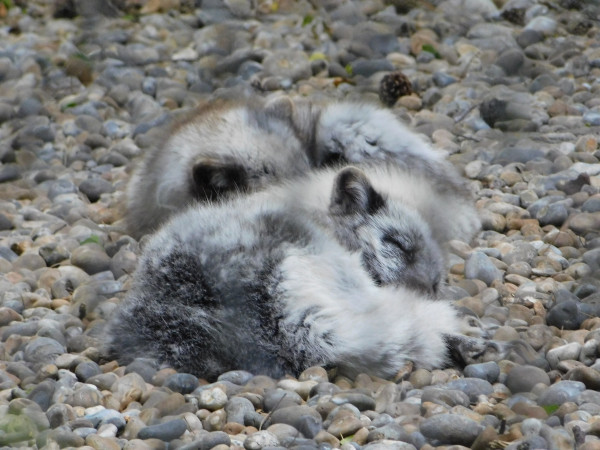 A wolf who's apparently seen something interesting behind it 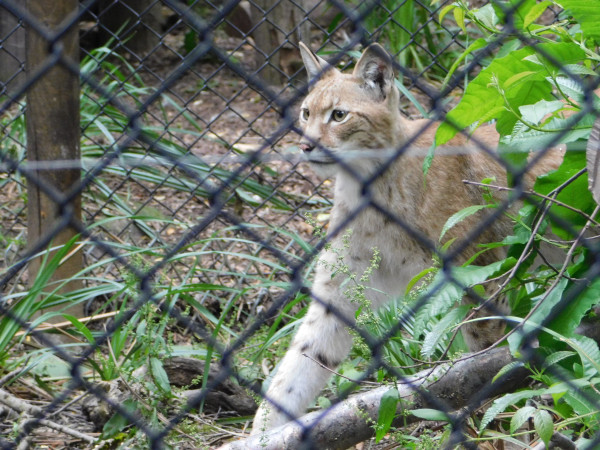