I've had a ridiculously busy weekend for someone in lockdown.

Under normal circumstances, the late May bank holiday weekend would be ConFuzzled, the furry convention held in Birmingham. The convention staff worked hard to bring a limited programme of events online, using Twitch and Discord (both things I know little about).

My lovely writer friend Kandrel and I ran our usual Bedtime Stories panel, where we read each other's works aloud. It was hard to do without visual cues from an audience, but it seemed to go down well, with over 200 viewers. (Because I'm a n00b, I didn't know about having Twitch open to keep an eye on the chat, but apparently people liked my voice!)

On Saturday morning, Twitter reminded me that it was three years since we lost Roger Moore. This made me think it was a good day to do something I'd been meaning to do for ages, and check out the Stockwell war memorial.

This is a former Second World War bomb shelter, painted to commemorate two world wars as well as a number of local heroes, including Roger, who was born in Stockwell. You can read more about London's surviving deep-level shelters here. 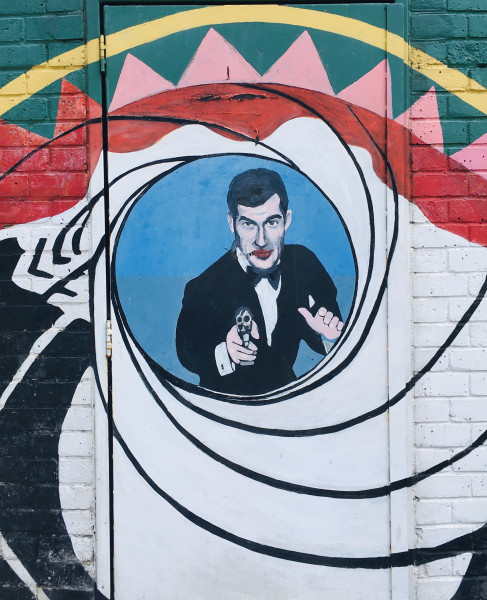 st_crispins had invited me to a Man from U.N.C.L.E. fan gathering over on Zoom. I'm not as active in MfU fandom as I once was, but here was a chance to see and speak to people I used to correspond with online over 20 years ago, and it was a delight. I was especially pleased to hear

st_crispins's voice for the first time, as she was one of my first internet friends and the only one from that era I'm still in touch with. And I was incredibly touched that people remembered me: "You used to go by 'Wolf'! You were so young!"

Then it was over to yet another channel to watch His Girl Friday with some Twitter friends.

On Sunday I met a friend for a socially distant ride. We met at Thurrock services (strangely quiet for a Sunday apart from some people holding a classic car rally while maintaining a sensible distance from each other), then set off for Bradwell-on-Sea in Essex. While checking the map for somewhere on the coast that might not be rammed, I'd spotted this unusual war memorial, and wanted to check it out.

We arrived to find several other bikers, in pairs and one group, already there, so it wasn't the brilliantly original idea I'd thought. But there was room for us to sit and eat our sandwiches one each end of a bench. We took a walk to look at the sea, and the decommissioned nuclear power station, before heading back. 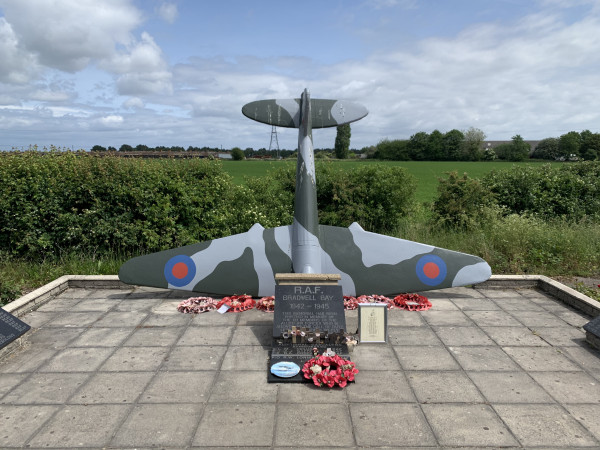 In the evening I had another ConFuzzled commitment, this time helping on the Flash Fiction panel by reading out the 5-sentence stories submitted for the annual competition so a panel of judges could pick a winner. This is always a fun panel, and I enjoyed it just as much online. Congratulations to winner Rattie!

After all that, it was nice to have an extra day off for not doing very much. I continued with an editing project, worked on my current model aeroplane (a Fieseler Storch I'm going to do in Swedish markings) and watched Bill and Ted's Excellent Adventure.
Collapse