I had some leave to use up before the end of February, so my friend M. and I decided to act on a plan we had idly come up with some months previously: to have a cheap day trip to France and go supermarket shopping.

M. drove down from Cambridge on Wednesday, and on Thursday morning we were up and out by 6:30 (I had been awake since a quarter past five because I was Excited). We reached Dover in time to be put on an earlier crossing, and emerged a couple of hours later into a sunny Calais.

We took the lovely coast road via Boulogne, with its sea views, and found our way to our chosen lunch spot in Étaples. The Hotel des Voyageurs, opposite the station, was recommended by my friend Ed of James Bond Food as possibly where Bond has dinner in On Her Majesty's Secret Service. 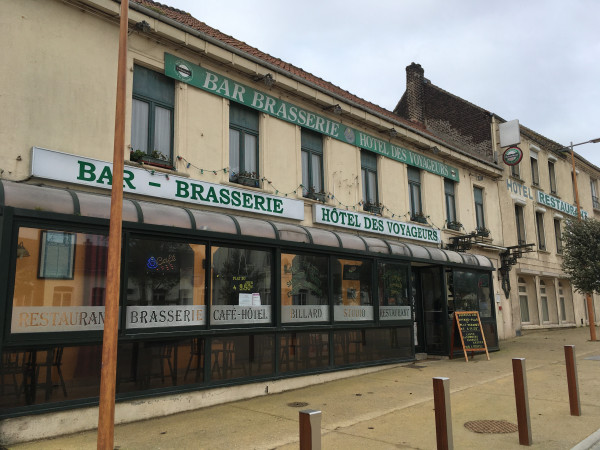 I had Mystery Fish of the Day - I couldn't read the word on the menu, and instantly forgot it when the proprietor told me what it was - in a very tasty sauce made from peppers.

Our next stop was Le Touquet, where our planned stroll on the beach was curtailed by a bitter wind. We made it to the sea (the tide was out) then hurried back to the car to put the heater on. 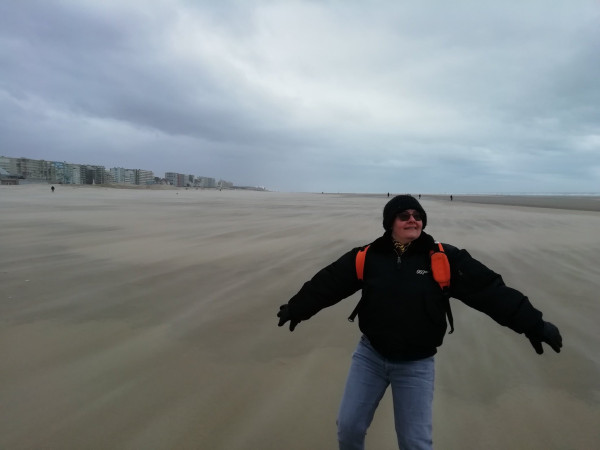 The weather changed to a downpour, and I was grateful not to be on the bike for once. We stopped at an Intermarché (my favourite French supermarket thanks to their musketeer mascot) and spent a happy time cruising up and down the aisles.

I have often wondered exactly how much I would purchase in a foreign supermarket if not constrained by the storage space on a motorbike. The answer turns out to be four bottles of cider, an aperitif made from gin and cassis, quite a lot of cheese, several tins of lentils with sausages, various flavours of sardines in olive oil, and a box of novelty sugar cubes.

Back at Calais, we were greeted by the news that all crossings were delayed by bad weather, and we faced a wait of up to three hours at the port. At least we were well supplied with snacks. We also got a little excitement when the car in the next lane had a flat battery and M. got to jump start it.

We made it back to my place at half past midnight, 18 hours after we'd left.
Collapse