When I found out that the Watershed in Bristol was screening an early Cary Grant film, Bristol being Grant's home town, as part of its Slapstick comedy season, I seized upon this excuse to visit my friends Theo and Shrugs, who live down that way.

She Done Him Wrong is a 1930s nostalgia trip back to the 1890s, set in a saloon full of shady goings-on and centred around Mae West as Diamond Lou, the club’s chief attraction and its proprietor’s main squeeze. Lou uses men to obtain jewellery, very much along the lines sung by Shirley Bassey in the Diamonds Are Forever theme.

I’m not keen on Mae West, I’m afraid. I forgave her woodenness in 1978’s Sextette because she’s about a thousand years old in that, but it turns out her delivery was exactly the same in 1933. It’s certainly unique, though, and she gets some great lines.

Cary Grant plays the captain of the mission next door. He is very tall and skinny, and also very stiff; he admitted later that he’d been nervous and spent most of the film with one hand jammed in his pocket. Allegedly Mae West spotted him on the lot and said “If he can talk, I’m putting him in my next picture,” and who can blame her?

We spent the rest of our Saturday in various pubs, and our Sunday at Aerospace Bristol, home of the last Concorde to fly (to date), G-BOAF, which made its final landing at Filton.

The focus is on the Bristol Aeroplane Company, founded in 1910 and now part of BAE Systems. As well as Concorde, magnificently displayed, there were planes from the Boxkite through two world wars to the Belvedere twin rotor helicopter and the Harrier. 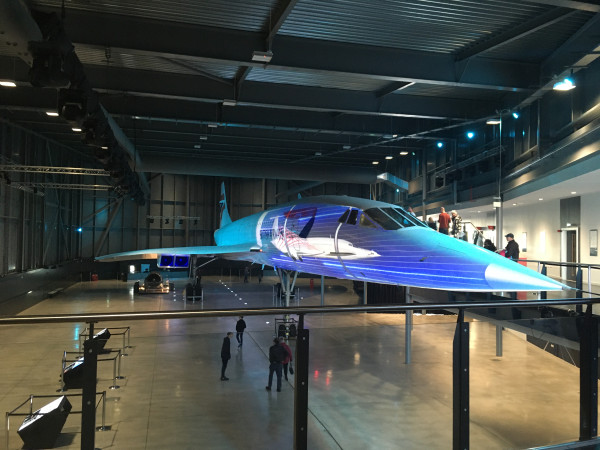 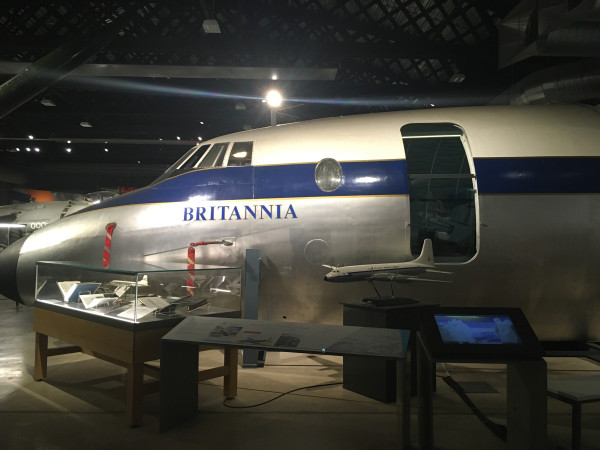 I headed home on Sunday, to a final farewell from Cary Grant on a Gloucester Road shop front. 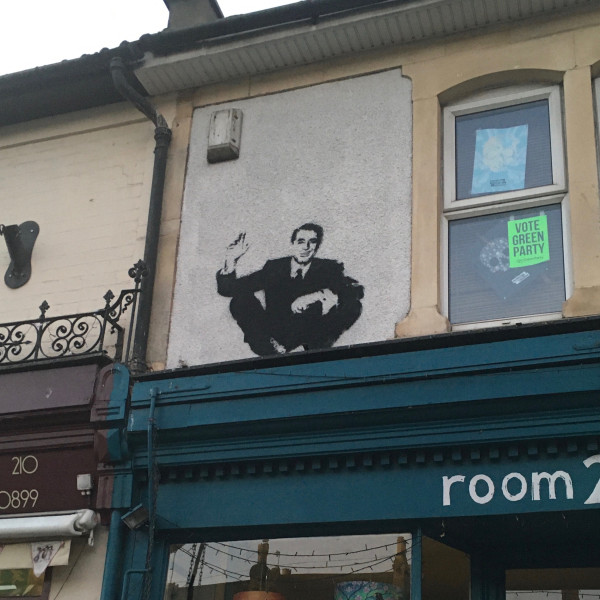