I was greatly cheered on Friday night by Nine Lessons and Carols for Curious People, a timely reminder that there are plenty of good, clever, caring people in the world. Robin Ince chaired a series of lightning lectures and performances from the worlds of arts and sciences, including facts about the Solar Orbiter! volcanoes! whale poo! and more!

I endured an entire audience blowing up balloons and then bursting them For Science, and a chemist using hydrogen to pop the lid off a Pringles tube, but the most exciting moment for me was when the excellent Natalie Haynes asked a Classics question and I yelled "VIRGIL!" entirely too loudly, because I was expecting other audience members to be shouting VIRGIL too. Must have been more of a science crowd.

During the course of the evening, one of my companions offered me a spare ticket for Christmas at Kew the next night. Pretty lights are one of my favourite things about Christmas, so I snapped it up.

I thought the experience would take about an hour. In fact, we spent two and a half wandering the trail of singing bushes, glittering canopies, softly-glowing pastel globes and bright neon. The finale was a blend of lights, images and music set against the backdrop of the big Palm House conservatory.

On Sunday, because you can't do improving, cultural stuff all the time, I went ice skating on top of a multi-storey car park in Shadwell. 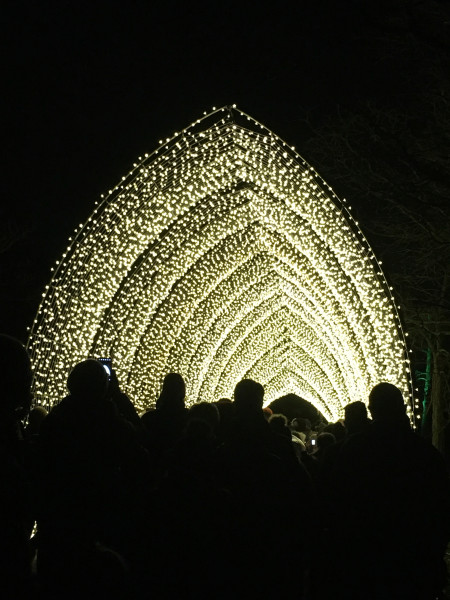 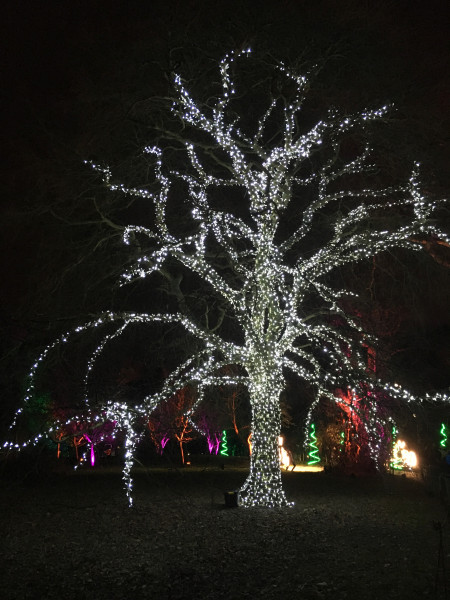