Midwest FurFest kicks off in Chicago at the end of this week, and I’m pleased to announce I have stories in two anthologies that will make their debut at the convention.

First up is ‘Star of the Savannah’ in Reclamation Project - Year One from FurPlanet. This is a project conceived and edited by my longtime friend The Gneech, set in an optimistic post-catastrophe solarpunk future. It was fun to write (it’s basically The African Queen with furries), and lovely to work with Gneech.

‘The Catch’ features in Patterns in Frost, published by Sofawolf. This is the third anthology set on the ice world of New Tibet; the series is part of furry publishing history, and I’m delighted to be included.

I wrote these stories several years apart - Patterns in Frost has been some time in the making, while Reclamation Project came together quickly - so it’s funny, and pleasing, that they should be coming out at the same time.

Both are shared world stories, with a setting and lore created by someone else, which was an interesting learning experience for me.

Both have protagonists whose boat is their livelihood: Amma, the sea otter in ‘The Catch’, nets and sells fish, while Chuck the hyena in ‘Star of the Savannah’ delivers mail and cargo along the river.

Amma’s life revolves around protecting her stroppy teenage daughter. Chuck unwillingly becomes the protector of a human child. The story starter for each is their coming into possession of something the Bad Guys want.

They’re two very different characters, with very different lives, who would probably hate each other if their worlds somehow collided. I’m not saying you should buy both anthologies, but the option’s there... 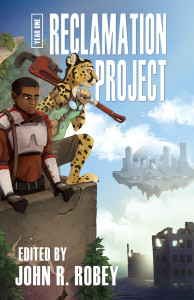 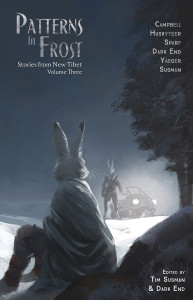