It's been a weekend in which I came home at gone 1am on both Friday and Saturday nights (or Saturday and Sunday mornings, if you prefer), which is unusual for me these days.

My pal Jeff of spywrite.com has been holidaying in the UK with his wife, staying in what turned out to be an incredibly swanky flat in Mayfair. On Friday night I was part of a gathering of likeminded souls who assembled to talk espionage fiction over wine and cheese, and it was well worth getting the night bus home from Brixton for.

On Saturday I went to A Celebration of ITC 2 with my friend Hannah, since we'd had such a great time last year. As is our tradition (i.e. we've done it twice now), we met around lunchtime in Elstree and settled in Wetherspoons for the afternoon before our evening at the studios.

As in 2018, the format was Q&A sessions with guests from the world of TV and film. The focus for 2019 was Randall and Hopkirk (Deceased), fifty years old this year. Annette Andre topped the guest list; Kenneth Cope was unable to attend, but sent us a lovely phone message. I've heard Annette speak on two previous occasions, but I'll never get tired of hearing what a happy family Randall and Hopkirk was, and how actors in other Elstree productions would pop along to their set in spare moments because there was such a nice atmosphere.

The last and perhaps the loveliest guest was Derek Fowlds, best known to me as Bernard from Yes Minister but also longstanding in Heartbeat and as Basil Brush's straight man. Wonderfully warm and funny, he concluded by saying how lucky he was to have had such a long career in showbiz, which was the perfect end to the evening.

I was unable to find a white suit for the occasion, so I elected to dress as Roger Moore. I think he'd have liked it. 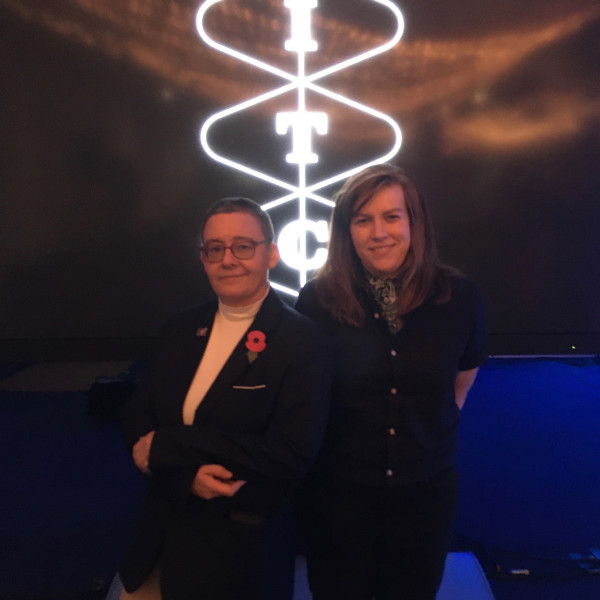