I woke at 7.30 to the sounds of clattering metal and French voices. This turned out to be the French side of the family setting up a huge barbeque on which they would roast a lamb, a pig and a chicken, the juices dripping down onto big trays of potatoes.

More friends and relatives arrived for breakfast - some from guest rooms or the attic, some from lodgings in the village, others fetched from hotels or the station in the nearest town.

The feast was ready by mid-afternoon (the children present had been given ham sandwiches to keep them going, and I had managed to sneak one too). We sat down at long tables, French and English together, passing each other bread and salad.

Later I was persuaded into the paddling-pool with the kids (I did not need much persuading). I slid down the slide, straight through the pool and into a bush, to the amusement of all onlookers.

And suddenly it was late. After darkness fell there was a birthday croquembouche, held together with caramel, topped with nougatine and washed down with fizzy wine.

The party split into small groups, chatting and drinking under the trees. Howard went to bed. A small boy dragged me off to play billiards, and beat me. An elderly French neighbour described seeing American soldiers march through the village in 1944, when he was eleven. Around 1am rhum agricole started to circulate, and after some of that I decided to call it a night.

Sunday was a quiet day. Guests departed, while those of us staying another night lounged about. There were plenty of leftovers to eat and drink. The most energetic thing we did all day was go on a walk to find the Biggest Tree in the Village. Polo and Cuddy departed, which meant that our host's sweet little cat, who had been lying low, put in an appearance for stroking and fuss.

The day ended, again, with a communal meal. I went to bed at midnight to the sound of owls hooting. 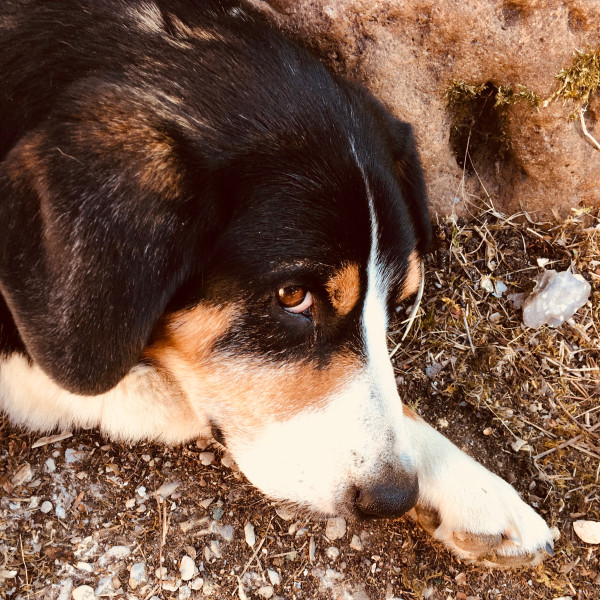