More from the BFI's Cary Grant season. Last night I attended a talk, 'Shadows and Light: Alfred Hitchcock and Cary Grant', about the four films they made together and the several they didn't for one reason or another. Grant was perhaps the only actor with whom Hitchcock had a genuine friendship, allegedly because at the time they met they were the only two people in Hollywood who knew what Liquorice Allsorts were.

After the talk, I had 45 minutes before a screening of one of the four Hitchcock/Grant movies: To Catch a Thief. My friend Matt, who was coming with me, met me outside the BFI bearing a currywurst so I wouldn't starve to death, since I'd come to the talk straight from work.

The film, in which Grant plays a reformed cat burglar trying to clear his name, was new to both of us, and we enjoyed it a great deal. It's just the kind of 1960s caper I like: shot in the glamorous, sun-drenched setting of the French Riviera, with a comedy car chase, fun characters and a real cat.

"I bet there's a Remington Steele episode that references this," I thought. (There is, and I have watched it.)

I'm never sure whether I prefer young, lissome, monochrome Cary or the grey-templed Technicolor version. He certainly looks very good here, with his tan and his collection of stripey tops worn with neckerchiefs.

I've seen North by Northwest a number of times, and Notorious as part of the current season, which leaves only Suspicion of the quartet to view. Maybe I'll see if it's still playing...

Today we were heading deeper into France, to the little village where our friends' party would be held the following day. I managed one last swim before checkout.

Our first stop was the Plan Incliné de Saint-Louis Arzviller, a lift that allows canal boats passage through the Vosges Mountains, replacing 17 locks. We were lucky enough to see it in action, raising a boatload of tourists before our very eyes. 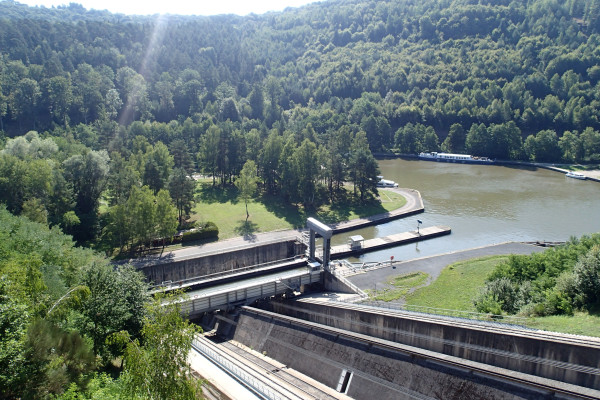 After coffee, it was time to press on. We chose to avoid tolls, so the route was a mix of motorway, dual carriageway and straight, almost empty country roads. My fly-by treat for the day was a Mirage 2000 fighter, spotted near a French air base.

"No, when was that?" said Howard when I asked later if he'd seen it.

"When I slowed down for no apparent reason."

"I should remember to check the sky when that happens."

We arrived at half-past five, precisely when we'd said we would. Our friends had very kindly offered us a room, and I was allowed to unpack and change before their daughter whisked me off to inspect her treehouse.

Other guests had arrived, or were arriving. We had a tour of the village, which took about 20 minutes, then ate pizzas outside in the dusk before bed. 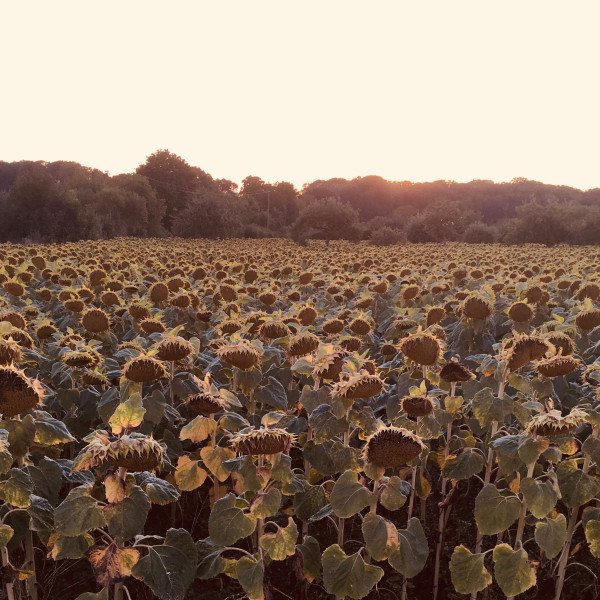