I'm not saying I engineered this entire trip so I could go to a Tintin exhibition at the Château de Malbrouck, but...I totally did.

We had a lot of miles to cover, but we found time for lunch in the market square, and a look at the waterfall, in Saarburg.

Mid-afternoon found us in the middle of nowhere, staring perplexedly at the sat nav, but it recalculated and sent us into a town, up a hill and into the castle grounds.

The exhibition, celebrating Hergé's life and his influence by, and on, twentieth century art, was spread out across a number of rooms, halls and towers in the castle, making it a voyage of discovery. Tintin flags flew from the parapet, and a moon rocket had landed in the grounds. The final stop on the tour was Tintin's flat, where you could sit in his chair next to a (sadly empty) dog basket.

I've seen a number of Tintin exhibitions in my time, but I always learn, and see, something new. And because the Fondation Hergé curates everything connected with the name very carefully, you'll always see high quality exhibits and correct fonts.

By the time I'd seen it all, bought the exhibition guide and had a mirabelle ice cream, it was getting late. We wandered between France and Germany, in a confusing borderland where the town names were very German but written on French signs.

By the time we arrived at our hotel in Strasbourg the reception was closed for the night. Nobody answered the phone, and we were eyeing up the Ibis over the road when I received a series of helpful texts telling me how to get in and retrieve my room key. Even the welcoming cockroach on Howard's bedside table didn't dampen our joy. 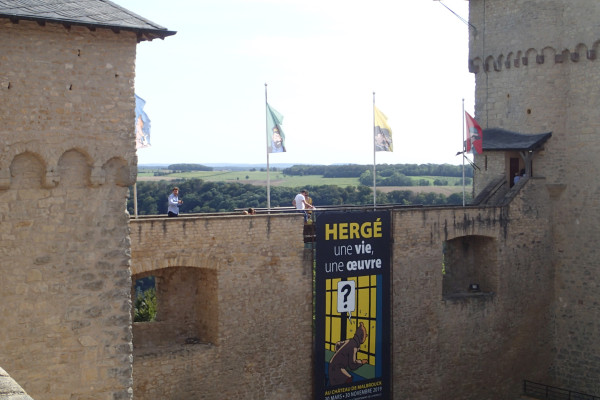 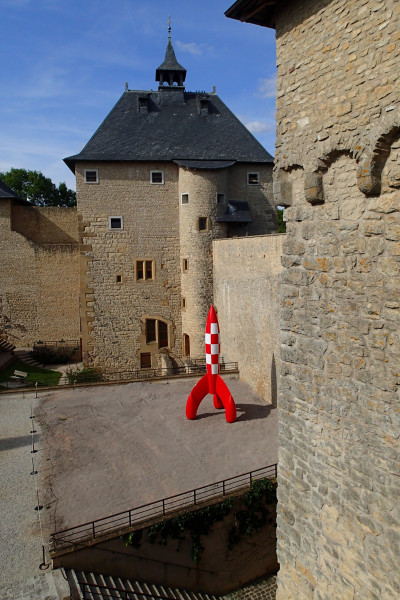