I woke to a sunny morning that promised to turn out hot, and went outside to find the hotel proprietor deadheading the geraniums.

Our next stop, in Germany, wasn't too far, so we looked for something to do along the way.

This turned out to be a visit to the Mardasson Memorial, dedicated to the American soldiers who fought in the Battle of the Bulge. It's shaped like a star and set in pretty woodland, the Bois de la Paix, with beautiful views from the top. The engraved text makes it clear how grateful Belgium is to those who fought so fiercely for a country not their own.

Over the border, we went through Trier so we could experience the Roman Bridge, the oldest bridge in Germany and the oldest bridge north of the Alps still in use for vehicle traffic. We also found some cheap petrol and a LIDL, where we stocked up on supplies as the next few nights would be self-catering.

Our guest house was tucked away in the village of Kliding, in the Mosel. The owner welcomed us in German and showed us around. (The next day she would compliment me on my German, which pleased me even though she initially thought we were Belgian.)

She offered to make us coffee, and we accepted gratefully. I discovered that I had accidentally booked us a place five miles from Büchel Air Base, which meant that every few minutes I had to drop whatever I was doing and run out to look at passing Tornadoes. 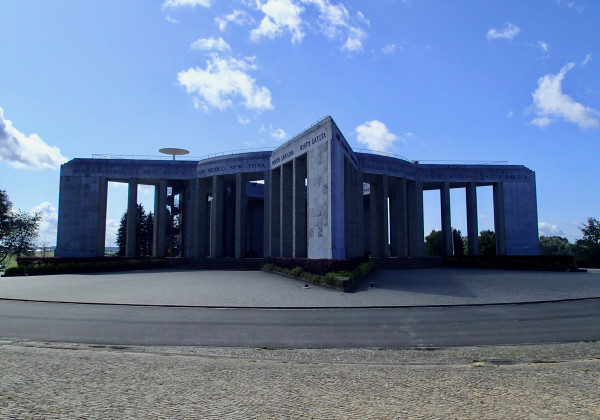 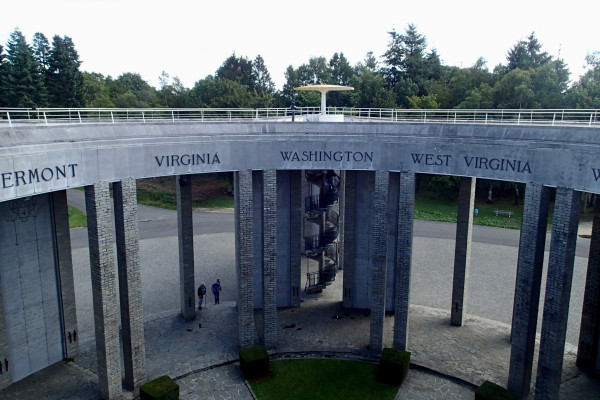 I was eager to visit the Fliegausstellung Peter Junior at Hermeskeil, as it boasted one of my favourite aircraft (the Saab Viggen) plus the opportunity to eat lunch on board Concorde.

Luckily, there were some fantastic roads between us and our destination. We wound down into the Mosel valley, past green vineyards sloping down to the river, and crossed the Rhine, waving at cruise ships.

The museum surpassed my highest expectations, featuring not just one but four of my favourites: a Viggen, Antonov AN-2, Junkers Ju-52 and Fokker Dr1. There were four halls and a large outside area, all packed, and plenty of interesting Soviet stuff I hadn't seen before, including a Kamov Ka-26 'Hoodlum' and a Mil Mi-8 'Hip'.

Halfway round we had our Concorde lunch break, consuming käsebrot and coffee at an altitude of zero feet.

A lot of people got postcards from the gift shop. 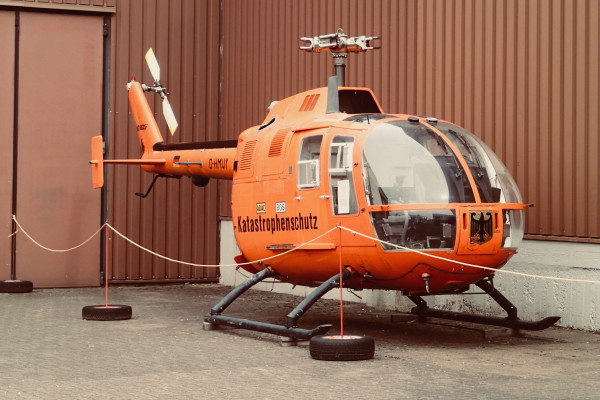 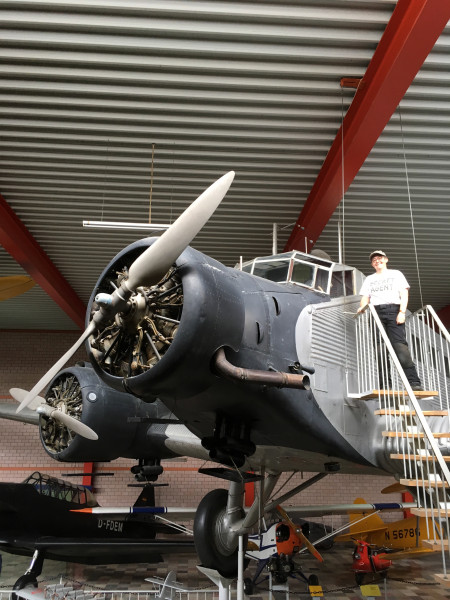 Back at the guest house, we rested for an hour before setting off to do something rather special and scary.

The Nordschleife, the Nürburgring's 'Green Hell', is one of the world's most famous and dangerous race tracks. Today most of the professional action has moved to the Grand Prix circuit, but for a price you can ride or drive pretty much anything around the historic track. It's a notorious free-for-all, with bikes and cars of all kinds, piloted by people of wildly varying ability, sharing the road.

Howard and I had visited in 2007, but both our bikes broke down on the way. I went round on my dad's pillion, which was a special experience I will always treasure. Now it was time to do it under my own steam.

There's a long list of regulations outside the ticket office, warning that you'll need to show a driving licence and proof of insurance, but all they really want to see is the colour of your credit card. We paid up and were presented with our tickets. Easy as that.

We drank some water and had a snack, and were just psyching ourselves up to put our helmets on and do it when the track closed to clear away an accident. It's open for 2 hours on weekday summer evenings, and it's entirely possible that you won't get a chance to go on.

But we did. The track reopened, after an anxious wait. We presented our tickets at the barrier and were let loose on twelve miles of racetrack.

We stuck to the righthand side so faster vehicles could overtake us. I thought I'd be frightened by the whizzing sports cars, but they all overtook safely. The smell of hot brake dust hung in the air as we negotiated the straights and corners, deep in concentration. I had no idea how much time had passed when we entered the final straight and slowed for the exit.

Thrilled and triumphant, we headed to the Fan Shop to buy our hard-won stickers for bragging rights. Five minutes later, the track closed again.

Safely back in Kliding, I wound down by watching two Tornadoes, visible only by their navigation lights, performing touch and go landings in the dark distance. 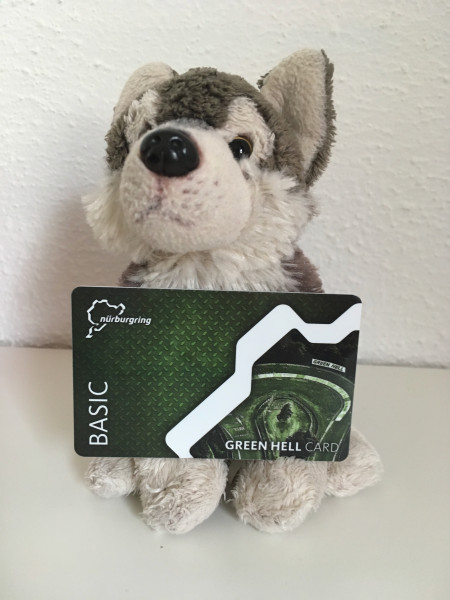 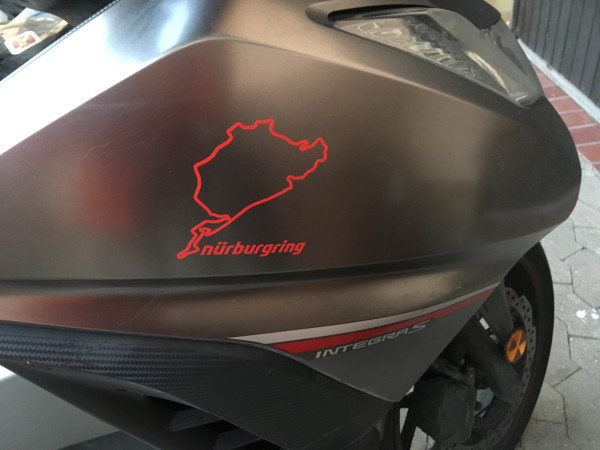