Marcy had suggested on several previous visits that I should come in summer and hire a scooter, so she could take me on a guided tour. This was the occasion I finally did it, booking from scooter2go. I met Marcy at the hire shop, and was delighted to be given a 125cc Peugeot Django in orange and cream.

We set off into the mid-morning traffic, Marcy leading so all I had to do was get used to my unfamiliar steed and riding in a foreign city.

"Look!" said Marcy as we waited for the lights to change near the Brandenburg Gate. She pointed to her wheels, which were resting on a line of brickwork. "I'm parked on the Berlin Wall!"

Our first stop was the Olympic Stadium, an imposing chunk of 1930s architecture and also another Quiller Memorandum location for my collection. 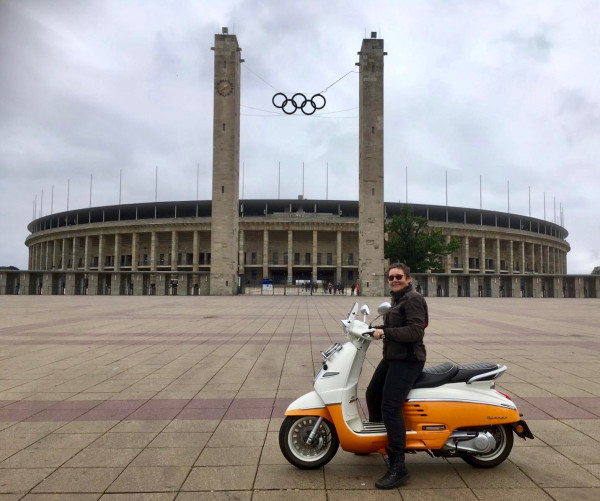 Next was the Bridge of Spies, where captured agents were exchanged during the Cold War. This had been on my list for a long time but always slightly too far to go. 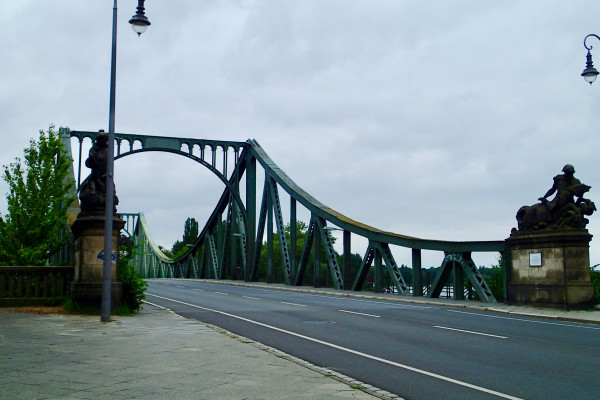 At this point we discovered that the day's main objective, the air museum at the former RAF Gatow, was closed on Mondays. We crossed the bridge and settled in to a Potsdam café to drink coffee and regroup.

The café was themed around vintage motoring, and I admired the old Citroën parked outside.

There was time on the way for me to get a look at the Teufelsberg listening station, another important piece of Cold War history. I had to climb a lot of steps for this view, but it was worth it. 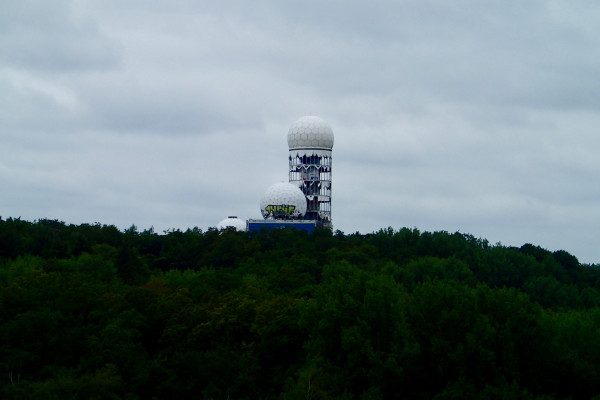 Then on to Classic Remise. This is where you go to get your classic car serviced/sold/stored, but it's also basically a free museum - you can just walk in and check out whatever's on display. The two cars I most wanted to take home: a Citroën DS in orange, and of course the Aston Martin Volante, as seen in The Living Daylights. 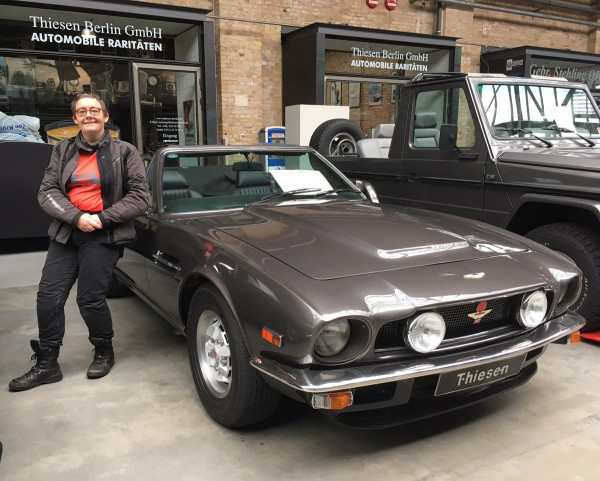 All too soon it was time to return the scooter. I met my friend Rob at the hire place, and we travelled back to Arakin's together so we could all enjoy a meal at Knofel, a garlic-themed restaurant.

We tried all the novelty items on offer (garlic beer, garlic liqueur, garlic and mint ice cream), and they were OK, but the more sensible garlic-based dishes were fantastic, especially the garlic cloves fried in breadcrumbs and served with garlic dip ('Knobidip', hurr hurr).

The health benefits of the garlic were probably outweighed by all the cheese and potatoes we consumed with it, but you don't go to Berlin for the healthy eating.