The excuse, if I needed one, for this particular visit was Marcy's suggestion that I bring Arakin round to her place for an international round of Get Drunk & Shout At Pierce Brosnan Movie Night. (This is a thing I talk about on Twitter a lot, and fairly self-explanatory.)

Saturday evening was earmarked for this great event. Beforehand, I had time for two essential Berlin experiences: currywurst at Konnopke's Imbiss under the U-bahn line at Eberswalder Strasse, and chocolate at Rausch.

We spent the evening eating Chinese takeaway, drinking gin and tonic, and playing the Pierce Brosnan Drinking Game, as devised by me and printed out with accompanying imagery by Arakin. Point-scoring actions include noisy kissing, Resting Smug Face, bizarre wandering accent, and any display of Pierce's astonishingly hairy man-cleavage. 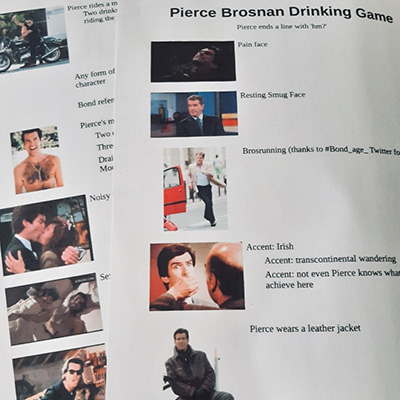 Marcy's cat disapproves of these goings-on. 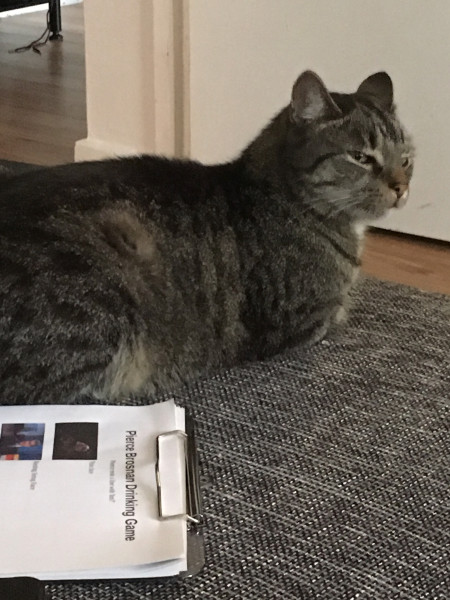 After a slow start which involved eating a lot of toast, Arakin, Ben and I set off for the Stasi Museum.

Housed in the former headquarters of the Stasi, or Ministeriums für Staatssicherheit as it was formally called (see, we learned something), it's a sobering memorial to a time when every block of flats had its paid informer, children were encouraged to report suspicious behaviour by adults, and all letters might be intercepted and steamed open.

There was also a lot of old tech and ridiculous spy gadgets (they got most of their cameras from the West, incidentally, because they were better). These appealed to me a great deal, as did the 'everything is brown' 1970s aesthetic.

We took the free guided tour in English, which was very good and delivered a lot of facts and stories we wouldn't otherwise have found out.

We learned that there was just as much mistrust and surveillance within the organistion as outside it, making the Ministry a far from happy workplace, and that one room had once housed a huge computer, but nobody will admit to having any idea what it was like; it was destroyed and no photos survive.

In the evening, we watched Austin Powers: International Man of Mystery. 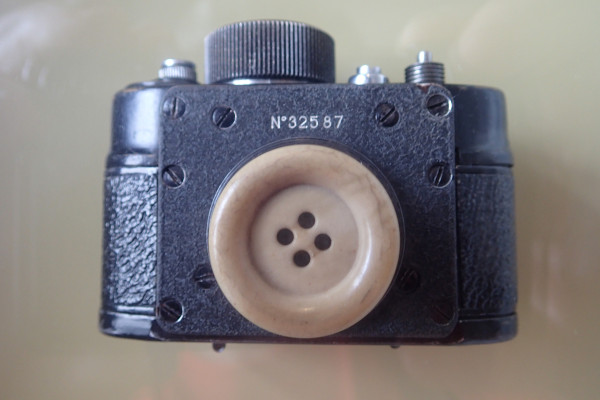