On D-Day itself, we guessed all the Second World War sites would be packed and set off to do ordinary tourism.

While out and about on Tuesday we'd spotted people pedalling a strange metal cart along railway tracks. This turned out to be the Vélo-Rail, and I really fancied a go.

We stopped for coffee and, in my case, a passionfruit eclair along the way. The first vélo-rail we tried turned out to be operating only if you booked in advance, but there were several in the area, which is how we ended up in the picture postcard spa and casino town of Bagnoles-de-l'Orne. 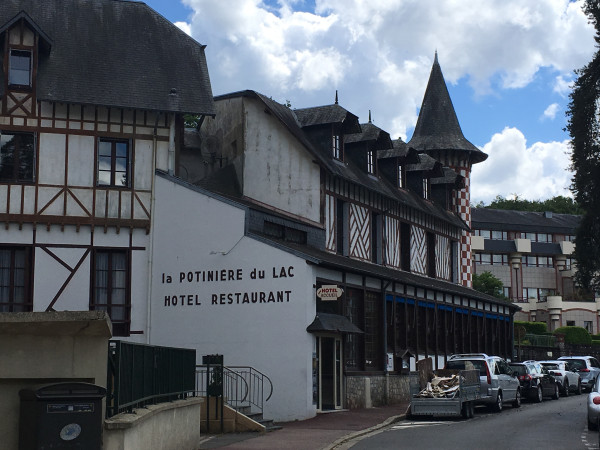 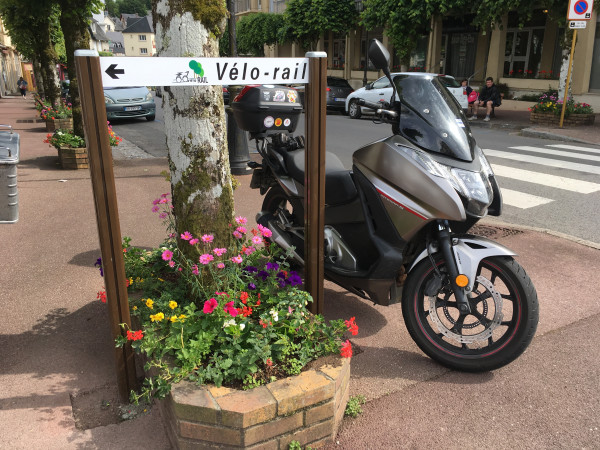 We clanked and panted our way along 5km of disused railway line before spinning our vehicle on a tiny turntable and clanking all the way back again. On the way we saw what we initially thought was a marten, but on consulting Google back at the hotel decided was a mink (we are choosing to believe a cute and critically endangered European one rather than the North American invader).

This was the event around which we had built our trip: Daks over Normandy, the gathering of Dakotas at Caen Carpiquet Airport.

Already the roads to the airport were solid, with cars parked on the verges, but we managed to sneak in to the car park. We headed for the terminal first, where nerdy spotters in anoraks mingled with trendy French holidaymakers, and happened upon the viewing gallery, which nobody else seemed to have discovered.

Here we talked to a woman whose husband had been a small boy during the bombing of Caen, got a fantastic view of the aircraft lineup and saw two Daks take off right in front of us. We knew an online acquaintance from the Honda forum was also attending, but had slim hopes of finding him in the crowd. As it happened, he managed to park next to us without recognising our bikes, just as we returned to the car park to collect our lunch from the panniers.

The three of us spent the rest of the day together, admiring and photographing the planes and talking bikes, aircraft and life, parting company after a coffee back at the terminal. 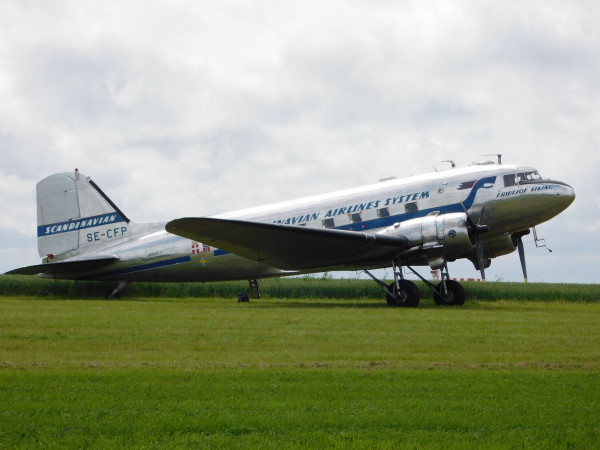 Howard and I were spending our last night in Normandy at a B&B not far from Dieppe. It was rainy and windy all the way there, and we arrived soaked. The lovely owner welcomed us to his home and provided us with slippers. Mine were pink, and so obviously incongrous that he laughed and said "Ah, la panthère rose!"
Collapse