Today, a Dakota flypast would recreate the D-Day parachute drop over Sannerville, near Caen. We stopped for coffee on the way, and as we parked an amuse-bouche of four Dakotas flew over our heads.

We arrived in Sannerville at lunchtime to find the town packed out and queues out of the door of the bakery, supermarket and brasserie. Luckily we'd bought sandwiches earlier, the queue at the bar was shorter, and we managed to grab a table where we could eat our lunch while drinking coffee.

We'd been informed that even motorbikes were being moved on from the viewing area half a mile up the road, which is unusual for France, so we walked with the rest of the crowd past parked jeeps and army lorries, stopping to wave and cheer at a fleet of London taxis whose drivers had volunteered to carry veterans over from the UK for the occasion.

A Spitfire entertained us, then the skies remained clear of aircraft. The promised rain held off, but it was chilly and windy, and the planes were late. Folk in touch with friends and family in the UK, or listening to radios, spread the word: they've taken off! They've passed Southend! They'll be here in an hour!

The display was worth waiting for. First Hercules, then the Dakotas disgorged their cargo of paratroopers over the fields, filling the sky with movement. This was followed by the Red Devils parachute display team, some of whom jumped in tandem with nonagenarian D-Day veterans and landed very, very carefully.

We ended up getting back to the hotel around 10pm, having stopped for a tasty potato, sausage and onion pizza on the way. 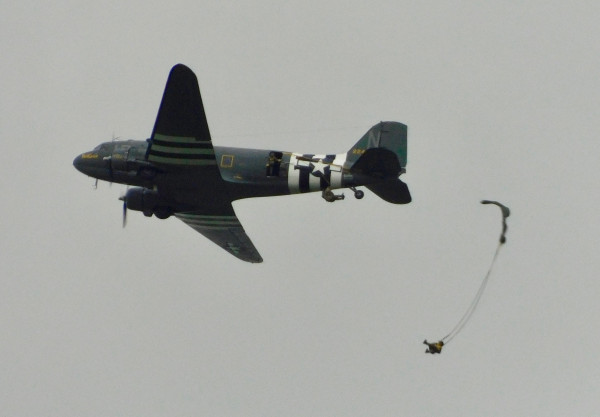 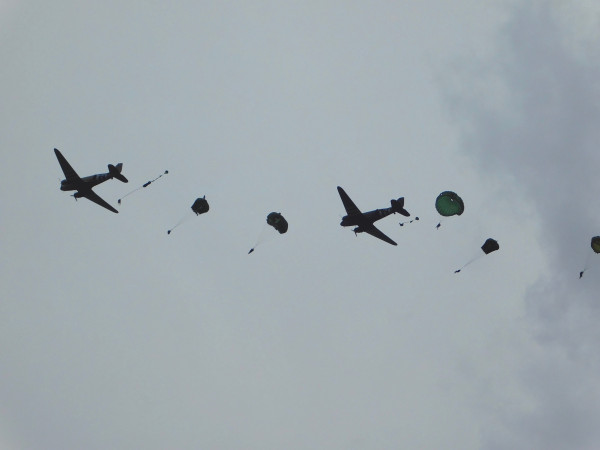 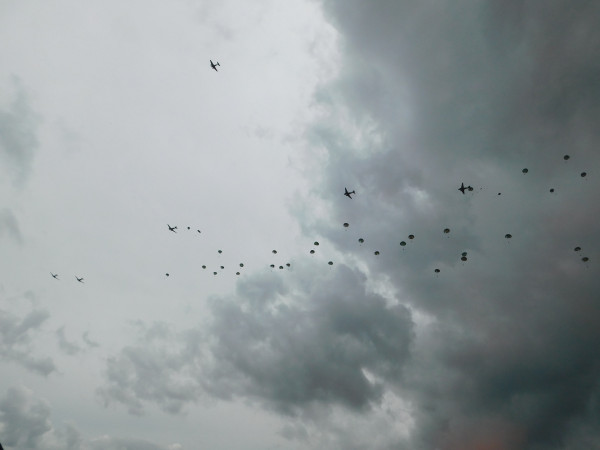