Our first stop was the D-Day Experience, buzzing today with reenactors in US Army jeeps as well as genuine US military who had come over to learn about their unit's history.

There's a nice, modern exhibition that tells the personal stories of those involved in D-Day through their clothes and other possessions, and the creepy Dead Man's Corner museum, including a German First Aid post where a bloodied patient on a stretcher clutches a photo of his baby.

The main attraction, though, is the '4D flight simulator' where you board a Dakota aircraft, get shaken around a bit and watch your takeoff and flight to Normandy through the windows. We were shot at and landed in flames; nobody told us whether we'd died or had to get out and fight. I reflected that a lot of technology, innovation and planning had gone into an operation that ended up with men stabbing each other to death in the dark.

In the afternoon we visited the airship hangar at Ecausseville. There's a little museum with a history of airships and dirigibles, plus local souvenirs from two World Wars.

The hangar itself was built for naval airships during the First World War and went on to house balloon equipment used in 1960s H-bomb tests. It is truly impressive in its cathedral-like vastness. (And the gift shop sold its own cider.) 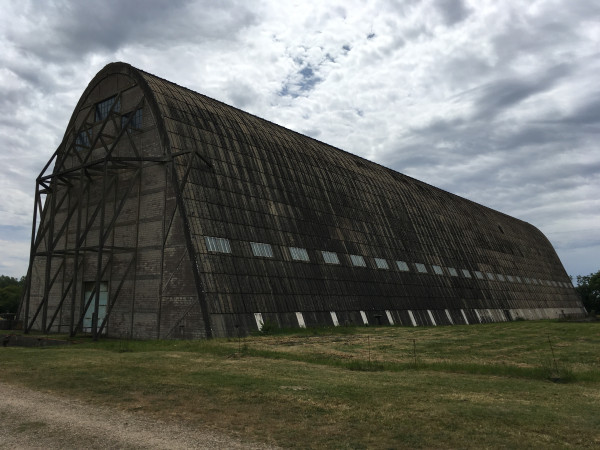 We rode on to the Azeville battery, part of the Atlantic Wall set up by Germany and now a museum where swallows nested in the fortifications. Here I saw my first airborne Dakotas of the week, flying four astern at a stately cruise.

We finished the day at Utah Beach, where I went for a swim. It's what those brave lads were fighting for.

With no set itinerary for the day, we took a break from the crowds of tourists and spent our morning in pretty Domfront, with its mediaeval castle and a marker at the house where a downed Allied aircrew successfully hid from the Germans: After a croque monsieur we headed into the Suisse Normande. The roads are scenic, almost deserted, and enjoyable, particularly one section known from previous visits as the 'Hillclimb', which we rode up and down half a dozen times.

Our last sight of the day was a bridge over the Noireau river formed by recycling a 'Whale' component from the Mulberry floating harbours used after the D-Day landings (the original bridge having been blown up by the French Resistance). 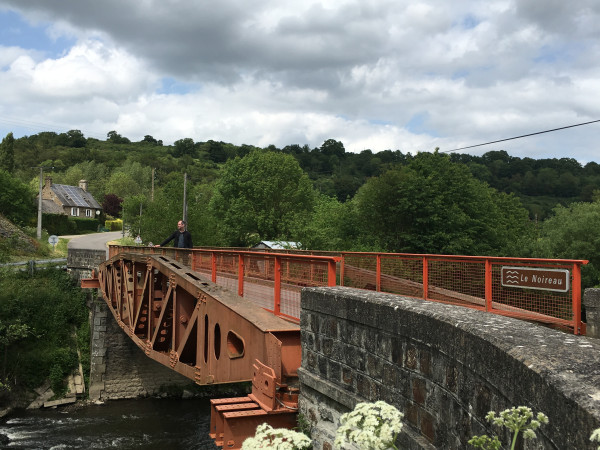