I'd asked to visit Baltimore again because I knew it boasted a statue of Frank Zappa, who was born there and would later pen What's New In Baltimore? about it, in the great tradition of musicians writing songs about how boring their hometowns are (cf. the Weakerthans' tribute to Winnipeg, One Great City!). I wanted to check this out on behalf of my dad, who would have loved it.

The bust of Zappa's head is a copy of an original created for the people of Vilnius, in Lithuania, and donated by them to Baltimore. It's in Highlandtown, which turned out to be a groovy and multicultural neighbourhood. We found the sculpture in front of the library and celebrated with a very American all-day breakfast at an Asian café.

My other request for my stay was a trip to the National Cryptologic Museum, which is part of the National Security Agency at Fort Meade.

Lori had put the museum's location, on Canine Road, into her sat-nav. We found ourselves approaching a security barrier along a road marked AUTHORIZED PERSONNEL ONLY, but obviously this was no problem; we'd just tell security that we were going to the museum.

“Do not step out of the vehicle. Do not move unless I tell you to.”

Two cop cars, lights flashing, moved across to block our way in case we decided to ram the barrier. The officer directed us to go through, U-turn and drive over to his colleague, in another box. We did so and explained ourselves.

“That’s OK! I just need to see your driver’s licence and car registration. And what country are you a citizen of? And stay off your phone.”

By this point I was dying for the loo, but I didn't want to do that literally, so I stayed put. This is why you should always go before you set off.

Eventually we were sent on our way, and America was safe from the awful threat of two middle-aged women in a green Kia.

"I'm gonna check Google Maps," Lori said, pulling up in front of the Lockheed Martin building. "That's what they taught me in spy school."

We returned to the highway, took the next exit and ended up at the museum...which was on the other side of the barrier where we'd initially arrived.

We had a guided tour, which was very good. There was a lot of focus on the Enigma machine - a bit of a pity for me as I can go to Bletchley Park to learn about that, while I didn't know anything about codes in the American Civil War or Japanese ciphers broken in the Pacific theatre.

My favourite thing in the museum was the Navajo Code Talker GI Joe, who says phrases like REQUEST AIR SUPPORT when you pull his string.

The gift shop closed early, depriving me of souvenir socks, but you can't buy an experience like being seen as a potential threat to national security. 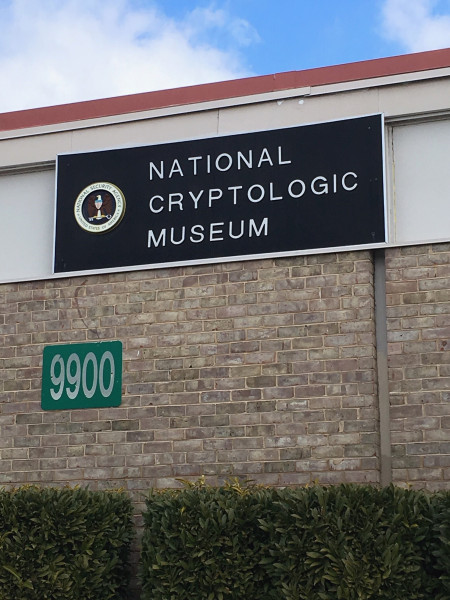 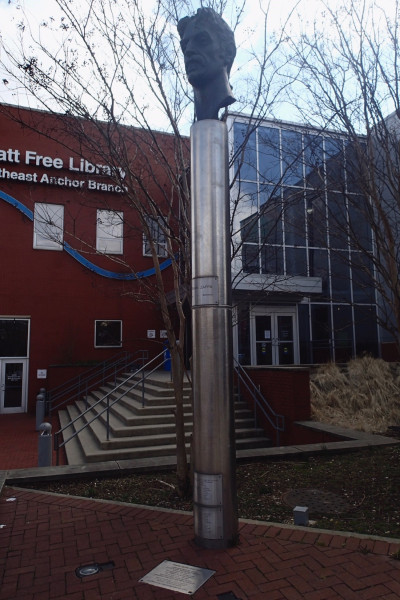