I picked up a new scooter at the weekend.

A friend from a biking forum dropped me a line to say that his old bike (a slightly newer, lower mileage machine than mine, same model) was for sale at his local dealer, and he reckoned he could swing me a good deal on it.

The idea of owning a bike with a known pedigree appealed, the price was good, and as the old one is most likely gone forever, and I need to get to work and other places, I went for it.

Howard took me down to JS Gedge, in Sussex, on his pillion, and my forum friend came along to watch us seal the deal, bringing his Staffie cross, Diesel, with him as a bonus.

It's all happened very quickly, and I'm not taking as much delight in my new toy as I usually would, because I'm still upset about the old toy. But I expect we'll bond once I get a few miles under my belt. 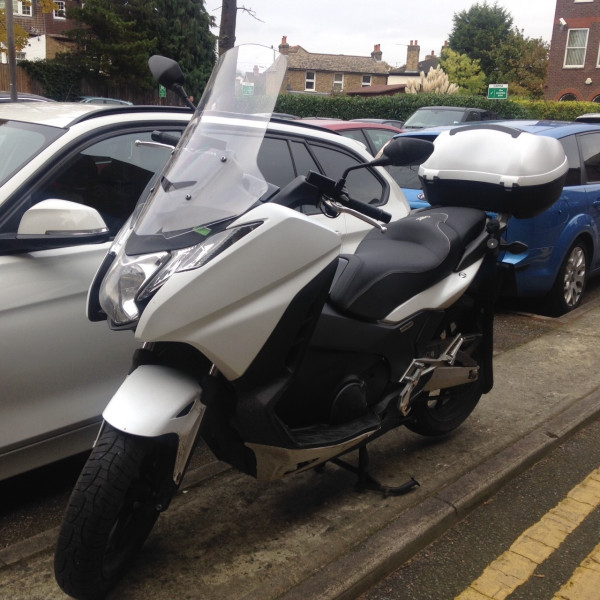 I'm having a good year for Bond on the big screen. Last night was Octopussy at the Institute of Light in east London, as part of the newly-formed SUPAKINO's 'Turbans Seen On Screen' season.

Before the film, there was a short, funny talk by Del Singh, who explained how he came to be hired by Eon Productions to tie villain Gobinda's turban for him. Then we were treated to a surprise Skype call with Gobinda himself, actor Kabir Bedi, in India (where it was gone midnight).

I invited JM Horse, Bastett and Ruxley to join me, which they did, blissfully unaware that I planned to spend the entire evening referring to them as my 'Octoposse'. I also got to meet a friend from James Bond Twitter (which is a thing).

It was a lovely, fun, friendly event and I wish SUPAKINO all the best for the future. I'm sure I'll be back. 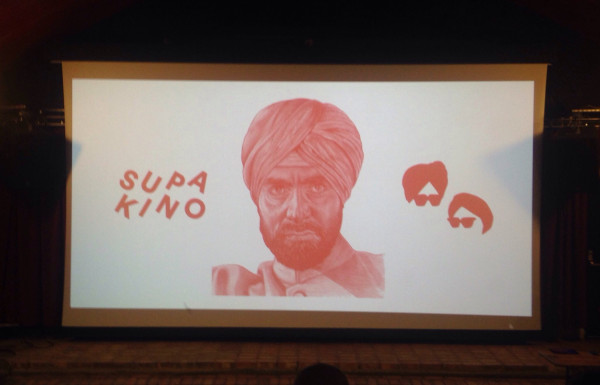