Last night's bookshop-based entertainment was Mike Ripley, author of Kiss Kiss, Bang Bang: The Boom in British Thrillers from Casino Royale to The Eagle Has Landed, talking about just that.

As well as more wine than you could shake a stick at, Waterstones had thoughtfully laid on a tempting pile of Flemings, which I managed to resist. Even the hardcover Moonraker, my favourite, reprint with repro jacket, £100.

Obviously the subject is very dear to my heart, so it was delightful to hear it discussed with such knowledge and enthusiasm, and to be in an audience filled with other lovers of the genre (some of whom I online-know and managed to speak to).

Obviously also, the last thing I need is a guide to thousands more spy novels, when I already have about a year's worth of books in the To Read stack.

The author was wearing a tie which, he explained, had been given to him by Pierce Brosnan and may have been worn during the filming of either Goldeneye or Tomorrow Never Dies, but might have been an unused tie double. While I was getting my book signed, I was permitted to fondle it lightly.

I hear he's dismissive of Modesty Blaise, though. WE'LL SEE ABOUT THAT. 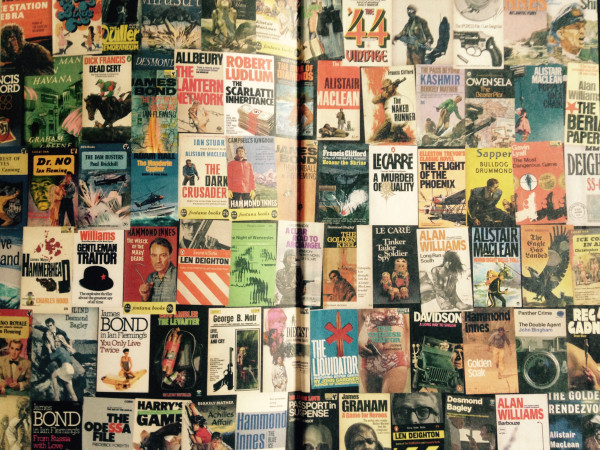 As if that wasn't exciting enough, afterwards I went to a Film4 Summer Screen screening at Somerset House (say that three times fast) at the kind invitation of my friend Oliver. The film was Blow-Up, which I'd previously watched in Dulwich park. Oli, a keen photographer, insisted on photographing me watching it, which was pretty meta.

It rained, but we had a lovely time anyway. 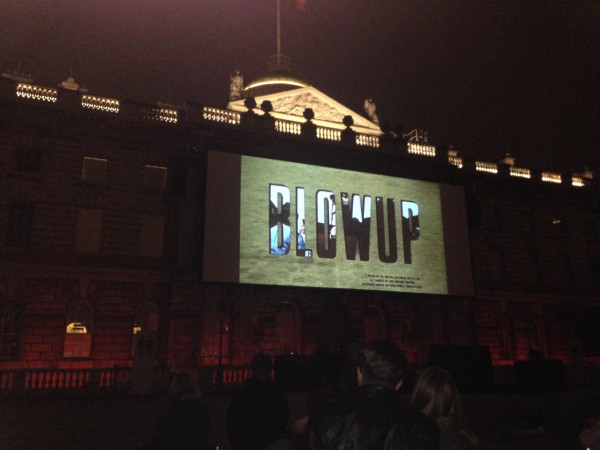