Today we would say goodbye to the mountains and hit the motorway for Santander and the overnight Portsmouth ferry.

First, a final Spanish breakfast in the bar at the hotel, which included both fish and cake (but not fishcakes). Retracing some of the previous day's route, we stopped in the pretty little town of Portes for coffee and souvenir shopping. I acquired a bottle of As de Picos, which may be my new favourite gin.

We gathered in a layby so we could keep together down the motorway, and in and out of the queue for the port. It was a shock to see so much traffic, following a week of almost empty roads. After a farewell to John and Jen, who would be driving back to their home in Normandy, we waited, thankfully in a covered area, to be allowed to board.

We parked in the company of a hundred or so other bikers, and dispersed to our cabins to drop luggage off, shower and change, before exploring the entertainments offered by a large vessel. 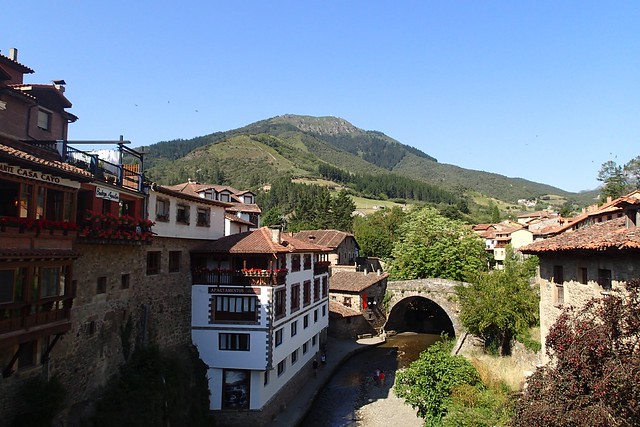 I slept surprisingly well on the ferry, and wished I could sleep on one every night. I awoke the next morning with another five hours to kill before we docked, which I spent reading, drinking coffee, and swimming in the tiny pool.

The call came to vacate cabins and return to the vehicle decks. Here, having become a close little family over our ten-day adventure, we said emotional goodbyes, hugged and kissed.

Then we stood around waiting for nearly an hour, sharing out what water we had and becoming grumpy.

At last we were released into a southern England almost as hot and sunny as Spain had been. Nearly two hours after that, thanks to two road closures in south London, I was home. 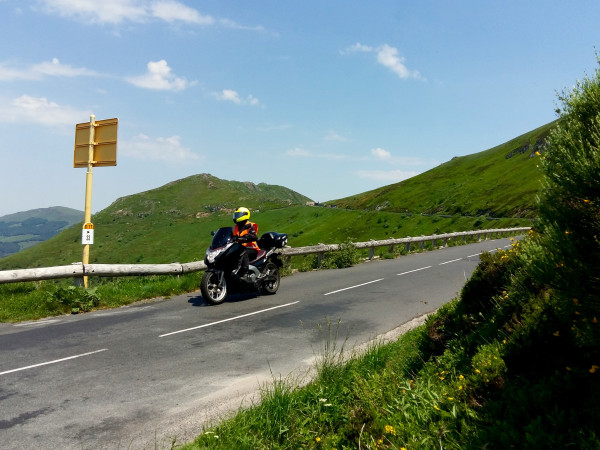