By request, as we left La Bourboule we rode past the previous night's restaurant, waving and hooting.

Our destination was the Puy Mary, an extinct volcano. We bumped cautiously over a section where the road was being dug up to the smooth surface beyond. As we climbed the road became narrower and steeper, with a single hairpin up which I followed a caravan, to overtake it on the straight.

The lunchtime air was warm, and none of us managed the footpath to the summit. The highest point reachable by road felt like achievement enough. We basked, took photographs, admired the views. The thunder of military jets made me look up, but there was nothing to be seen in the high miles of blue. (A fighter eventually appeared just as we were leaving, and I managed to watch it pass without dropping my bike.)

As we descended, I closed my visor against a swarm of large, hard insects that hit it like bullets. We rode alongside the Dordogne river, through air that was hot to breathe, and welcomed the cool in the pockets of green, dark forest.

Climbing again, we paused at a viewing area to look back down at the winding route we'd taken before entering the narrow, tourist-packed streets of Rocamadour, with its buildings scrambling up the cliffside.

We stayed in the Lion d'Or hotel and ate in its restaurant over the road, looking down into the gorge. We put away a lot of wine, and I somehow scored myself two cheese courses and two puddings.

When we emerged at a quarter past ten, seeking a nightcap and perhaps some nightlife, we were surprised to find the streets deserted except for cats going about their secret cat business. 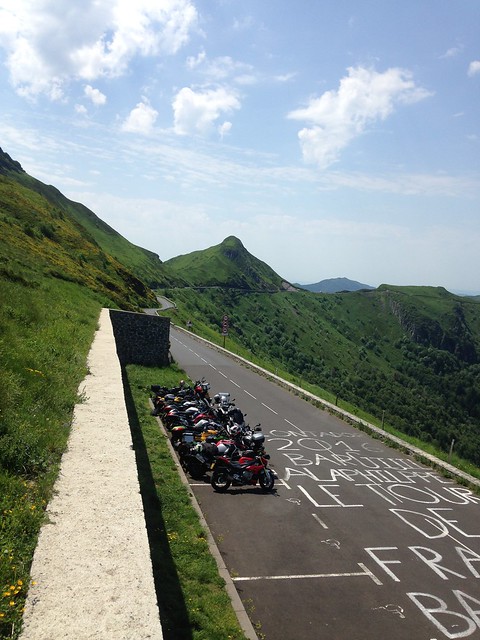 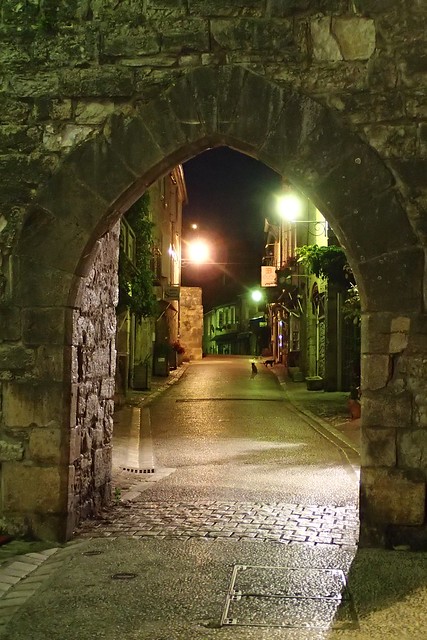