We started the day with an excellent hotel breakfast, including homemade apple compote.

One great advantage of touring in a group was the van, which held our luggage so we could a) travel light and b) not spend ages fiddling around with bungees and straps. Even so, it takes 24 people a fair amount of time every morning to get geared up and ready to go.

As we prepared to leave, the proprietor was dead-heading the camellias, and I stuck one in one of my bike's vents. It lasted to lunchtime.

The day started chilly, and I was glad when another rider pulled over for a wee stop, which allowed me to put my fleece on. ("Are you cold, Alice?" asked Jen from the heated van with the Eagles playing. )

We stopped for coffee at one of the bar/café/newsagent/betting shops that are so typical of France. Here I bought a Cars of 007 magazine with a model DB10 on the cover, and spent the rest of the week being gently teased about it.

Lunch was an 'American sandwich', which turned out to be a frankfurter in a baguette, with ketchup. Riding on, we entered the volcano country of the Auvergne. Low cloud in the distance threatened rain as we climbed, and the distinctive flat cones of the volcanoes appeared and disappeared as we threaded in and out of patches of mist.

We descended slowly into La Bourboule, nestled among the mountains, and the day turned into a beautifully warm, sunny evening. Our hotel was the art deco Aviation, featuring enough aeroplane paintings, models and stained glass panels to keep me happy.

I found my way through the Escheresque warren of stairs and corridors to room 10, and had a splash in the tiny pool before dinner in a restaurant a couple of streets away, where an advertisement on the placemats rendered me almost too hysterical to eat anything: 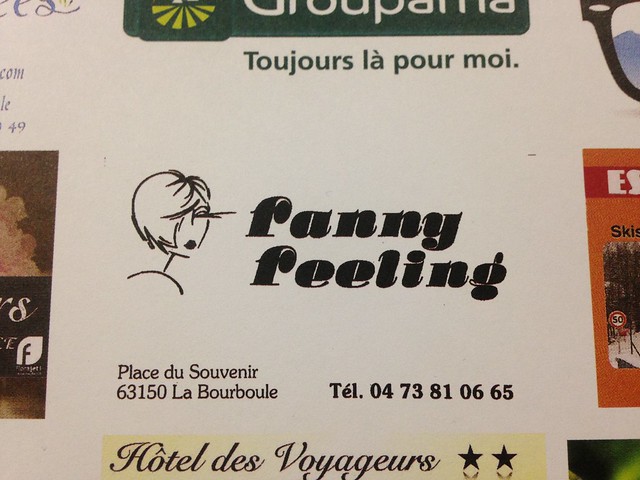