On Tuesday I, along with, oh, the whole world, was saddened by the death of Sir Roger Moore. He is, to be honest, my least favourite Bond, but one of my favourite people to have played him, and by all accounts one of the nicest.

He is also, I believe, the only Bond who has never displayed any impatience or irritation at being tied to the character forever, instead taking enormous and perpetual delight in it. Mocking his eyebrows will never be quite as much fun again.

Last night I went to a comic signing at Forbidden Planet. I am not a big comics person, but it will be obvious why I needed this one: 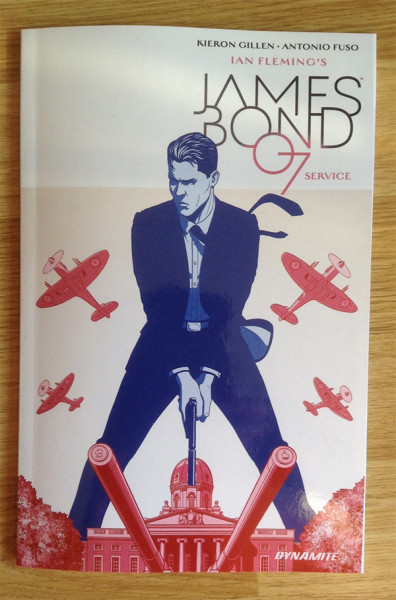 Few things could be more relevant to my interests than James Bond standing in front of the Imperial War Museum.

The story is good, too, especially if you are a geek about the history of espionage (I will say no more: spoilers). I read it in bed in about ten minutes, which is why I'm not very into comics.
Collapse