After a grey start it turned sunny, with a stiff breeze to dry out our gear. More motorway, but at least it was dry motorway with scenic views. We stopped at a petrol station and removed some layers, just in time to get rained on for the next leg.

Lunch in Pitlochry provided some of us with an opportunity to inspect the dam and fish ladder, which Clive insisted was a five-minute walk. It was more like twenty minutes, but the sight of actual salmon splashing about below the dam made up for it.

Around this time, we noticed that bikers in Scotland, rather than giving the curt nod we're used to down south, greet each other with a raised arm, rather like a Roman salute. We went from overtaking lorries in a cloud of spray to a sunny late afternoon's ride into the Cairngorms National Park, the Highlands, and Inverness, our home for the night and the beginning of the NC500 proper.

We had already covered more miles getting to the start point of the route than the route itself comprised. Would it be worth it? 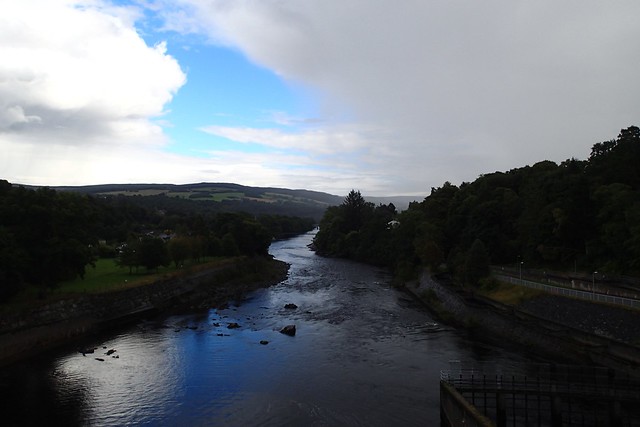