I spent my weekend in Whitby, on the X9 Forum Annual Bash.

There were a good number of us, with a couple of people who have hung up their helmets coming along by car to see old friends. Howard joined me this year, and was warmly welcomed despite not owning and never having owned any sort of scooter.

We travelled north on Friday, meeting four other southerners at a cafe on the A1, whence we proceeded to Squires, Leeds's biker hangout, for lunch.

From here we took smaller, prettier roads, climbing up to the moors until the temperature dropped and the fog rolled in.

We were staying at Sneaton Castle, hosted by the Order of the Holy Paraclete, whatever that is. It was very pleasant, with a slight youth hostel vibe (supper was at half-past six and you got what you were given, which was chicken one night and scampi the next, plus pudding).

We strolled down into the town, where we found an ice cream shop apparently run by some relatives of mine and Howard bought me one of those ridiculous furry hats with a dog face on, which horrified and delighted our companions when I insisted on wearing it to the pub on Saturday night. 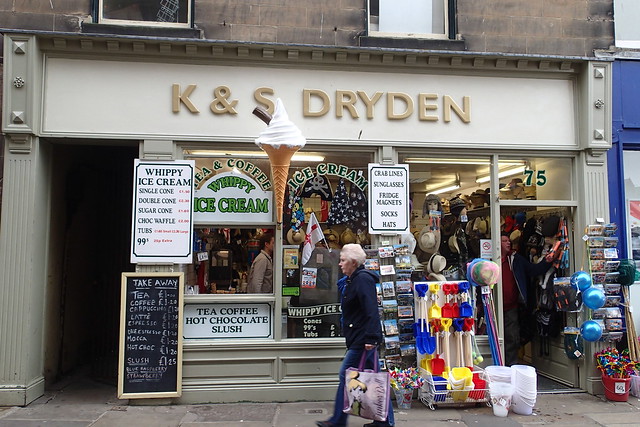 Howard wanted to climb the 199 steps to the abbey, which was looking suitably creepy in the foggy dusk. We visited the gift shop and were encouraged to sample the array of meads, cider brandies and fruit wines on offer.

Saturday was a group ride, on which we excelled ourselves by getting split into three groups within a quarter of a mile of the start point. Eventually we were all reunited, and stopped to gaze down at a foggy Robin Hood's Bay before setting off again for Scarborough. We stopped again at the Flamborough Head lighthouse, but it was so cold, foggy and windy we made haste to our lunch stop in Bridlington. Here it was sunny, and we ate fish and chips outside.

The afternoon's riding took us up on the moors, into more mist, and to Goathland, also known as Heartbeat's Aidensfield and Harry Potter's Hogsmeade.

In the evening a group of us strolled down to Whitby's Wetherspoons, returning in a seven-seater minivan for a pound a head.

On Sunday the sun came out as soon as we left Whitby. We stopped for lunch at Howard's brother's place, and ate it in the garden. Then it was a slog back down the A1, parting company at Peterborough so I could jostle with all the other traffic returning to London after half term. 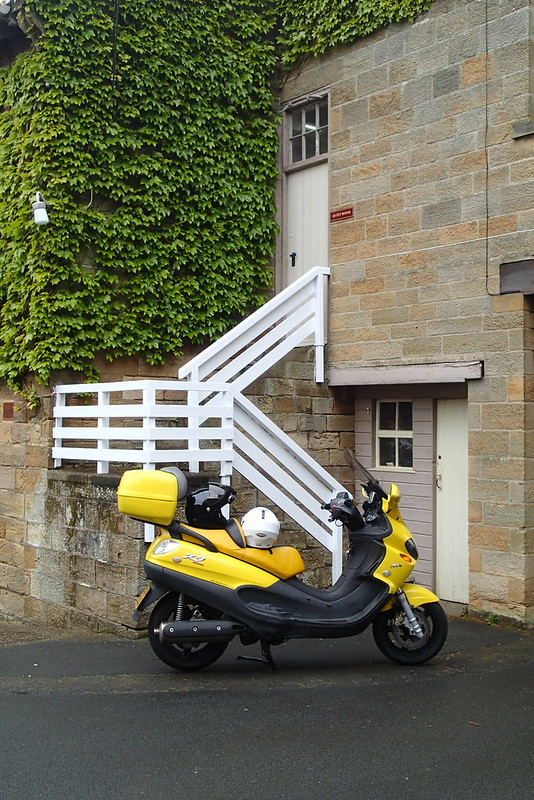