One of the consequences of an early Easter was that Howard's birthday fell a couple of days before it, so we both took some extra time off.

On Thursday we had planned a trip to Cornwall, but at the point of setting off we discovered a puncture in my rear tyre. The day's itinerary changed to having another coffee, calling the RAC to plug the tyre, riding to Yeovil, having both tyres replaced, and riding home as if on ice because the new tyres were now combined with pouring rain.

This all turned out to be serendipity, because the weather on Friday was much better. We set out for our destination, the Cornwall Aviation Heritage Centre near RAF St Mawgan, in sunshine, and didn't even hit holiday traffic until Bodmin. (We dived down a pretty little road marked NO A30 TRAFFIC, and made good progress until we caught up with all the other drivers who'd had the same idea.)

The museum, which opened in September, focuses on Cold War jets and encourages supervised cockpit access. I sat in a Harrier and a Venom, we toured the VC10 and the BAC 1-11, then we both climbed into a Canberra. 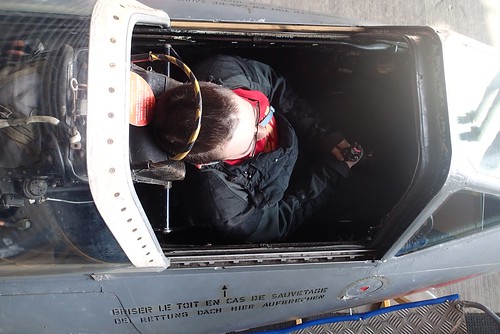 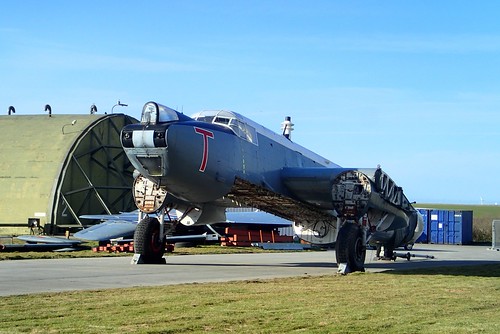 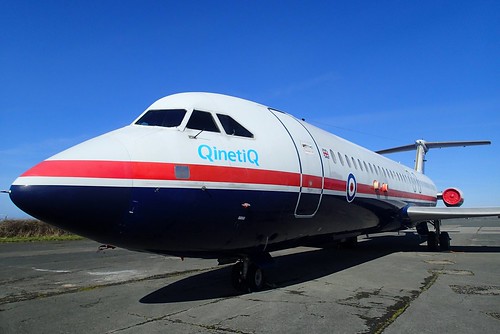