Sunday was the day I got to indulge my interest in Cold War espionage. At Arakin's suggestion, we broke our tram journey into the city with a stop at Bornholmer Straße, where East Berliners flowed through to the West on the night of 9 November, 1989. 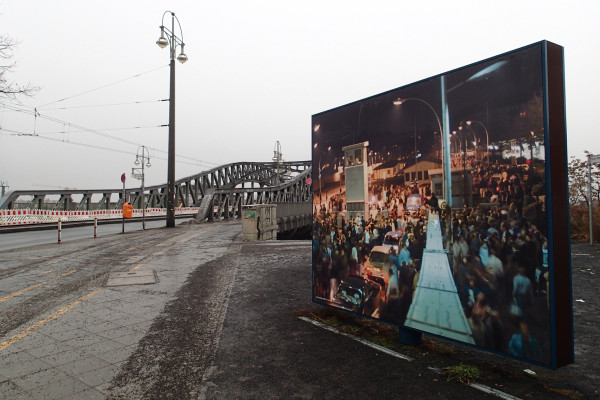 Next we returned to Checkpoint Charlie, because on my first visit I had spotted a café with a James Bond theme. The checkpoint appears in Octopussy, and this particular branch of the Back-Factory chain had put up a nice display of props and ephemera. 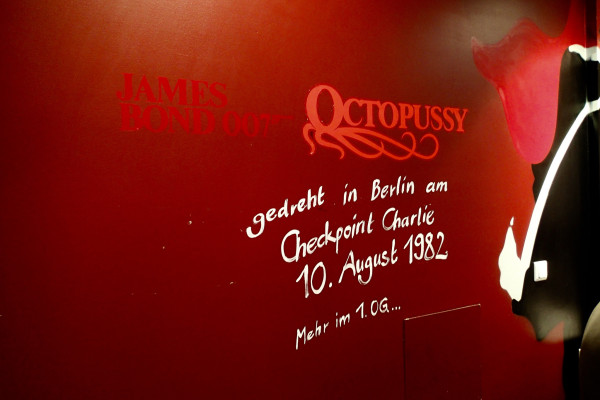 I had a special request, which was to see the memorial to the Berlin Airlift, located near Tempelhof Airport. I was not disappointed by the massive monument, nor by the abandoned airport buildings with their brooding eagles. 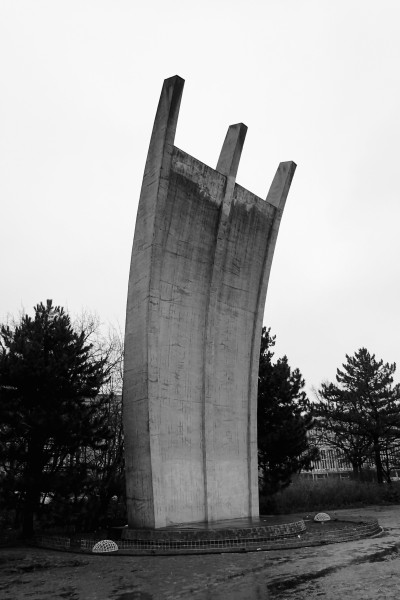 The afternoon had been earmarked for the recently opened Spy Museum. There's a whizz through the espionage timeline, from biblical references and ancient Greek ciphers to the First World War, and some musings on current issues like password security and WikiLeaks, but the bulk of the information and exhibits relate to the Second World War and the Cold War. There are miniature cameras, including one designed to fit in a bra; cigarette packets that spray cyanide gas; a Trabant with infrared photography capabilities; an example of the notorious poison umbrella. 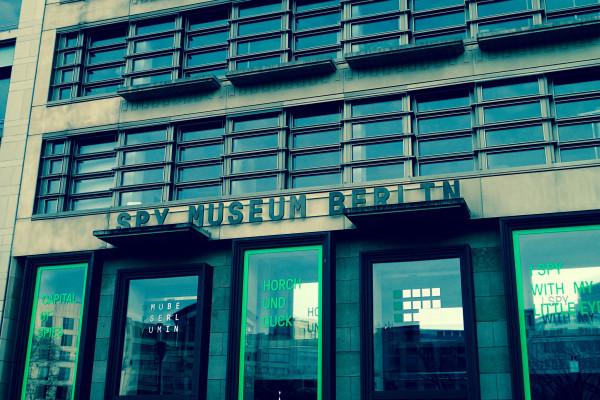 We continued the theme of the day by visiting a friend of Arakin's to play Keep Talking and Nobody Explodes, and watch Octopussy in German with English subtitles.
Collapse