On Saturday I joined Howard in a Segway Experience at Upton Country Park, which was his birthday present from me.

Our group was completed by a family of four, who had brought their own cycle helmets, and Christine, our guide and instructor. After a briefing in which we were asked if we had any medical conditions and if anyone was under the influence of alcohol (at a quarter past eleven in the morning), we each mounted a Segway and had a practice run around a line of cones.

The dad of the family went first, followed by his teenage son, and they both picked it up with no trouble at all. I was up next, and...didn't take to it quite as naturally, but I was able to join them on the practice circuit and lurched my way jerkily around while Christine encouraged me to keep my head up and my bum in.

When we were all whizzing round the cones and had practised both left and right turns, we were unleashed on the wider world. The Segways were the kind with chunky off-road tyres, capable of tackling gravel, earth, grass and the occasional tree root. We rode up and down hills, along twisty turny paths and through narrow gaps. I'd managed to get the one Segway with a horn, which I exploited for comedy value whenever possible.

We stopped for a photo opportunity outside Upton House, where Howard and I discovered we could hold hands and do some wobbly synchronised turns. By this time we were all feeling a lot more confident, which led naturally to Competitive Dad skidding in the mud and teetering on the brink of falling off, and Howard actually falling off into the bluebells while avoiding running into him. (I resisted accompanying this with a parp on the horn).

I did enjoy the experience, much to my relief. My feet really hurt afterwards, though.

On Sunday we visited the Boscombe Down Aviation Collection at Old Sarum Airfield. They specialise in jet cockpits, and have a very liberal policy about letting the public sit in them: if there's a ladder, in you go, is their attitude. I took full advantage of this and sat in a Sea Vixen, a Harrier and a Tornado, amongst others, before photographing my bike next to their Hunter outside. 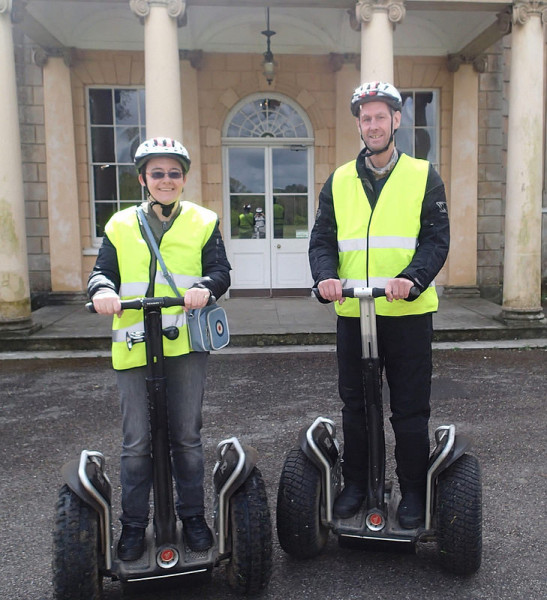 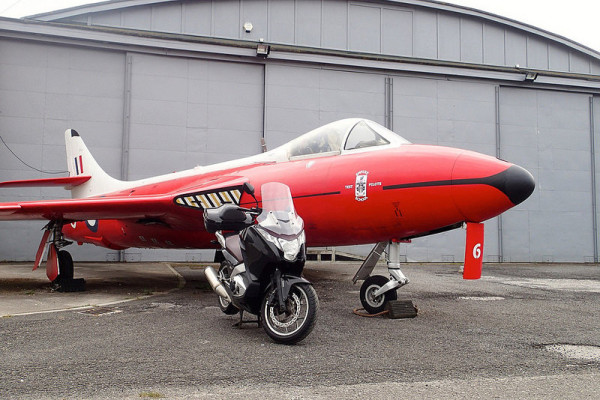