As soon as we arrived in Pleasant Hill, we noticed the mountain looming from afar.

"That's Mount Diablo," the friendly stranger at the bus stop told us. "It's an extinct volcano."

We noticed its presence all week as a helpful landmark, and at intervals Jim or Kristin would say "Oh, you guys should go to Mount Diablo...or maybe not, it's ten bucks to get in," and, with the world, or at least the Bay Area, our oyster, we'd go somewhere else.

Now it was our last day, but with a flight leaving soon after 7PM there was time to cram in one last ride. After a stop at nearby sandwich shop Escape from Fisherman's Wharf to pick up sandwiches (I had a Reuben - corned beef, pastrami and sauerkraut - that I pretty much needed to dislocate my jaw to eat), we rode in convoy, Jim and Kristin two up on the red 300, Howard on the white, and me on the blue tiddler, into the national park.

A group of Harley riders coming the other way waved cheerfully. We passed farms and riding stables, then the road narrowed and headed upwards, darting in and out of the shade alongside little creeks.

We emerged in a windy but beautiful picnic area, and huddled up with our sandwiches. We watched a guy set off into the hills with his horse and his dog, like the Marlboro Man, and a Mountain Rescue volunteer giving his dog a drink from the water fountain.

I was nervous about tackling those tight turns on the way down, but we carried on in the same direction, past Teletubbyland green hills to Mount Diablo itself. We paused at the toll booth, had a quick conference, and decided to pony up. I think we were all glad that we had.

Every turn in the road revealed a fresh and amazing view, and every time I thought we must be nearly at the top, yet more road unrolled. I saw cars impossibly high above me, yet in another few minutes I was where they had been, looking down at them where I had been. Some of the corners were fun, some scary, and in one I shot bolt upright after a wriggle that I at first thought was caused by hitting an object in the road, but I later concluded was just the wind catching the scooter.

At last we were at the very peak, around which the visitors' centre has been built, so you can stand on the summit and take cheesy photos. We drank in the views for a while, then it was time to dash back down the mountain, along country roads (I saw a ground squirrel!) and back home, there to say farewell to the scooters, hastily pack our suitcases, and get a lift to the airport. We checked in, boarded and settled down, and in due course everyone was safely home.

While packing, we'd debated whether to risk taking our helmets through customs in addition to our hand luggage (on the inbound trip, they had both been stashed in Howard's suitcase).

"You could always leave them here," Kristin told us. "For next time." 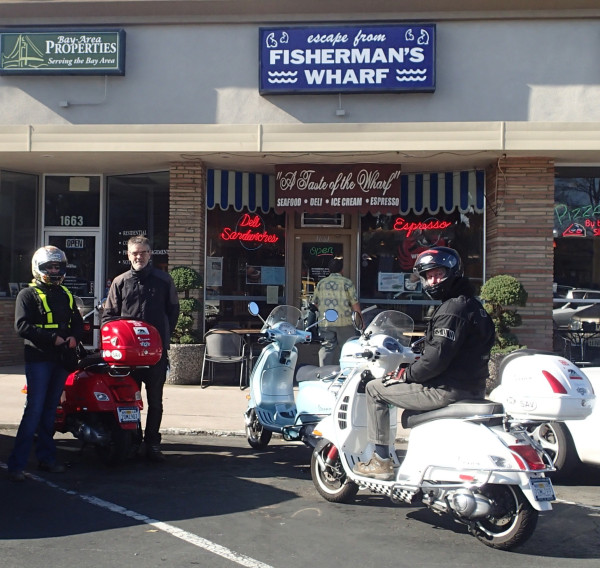 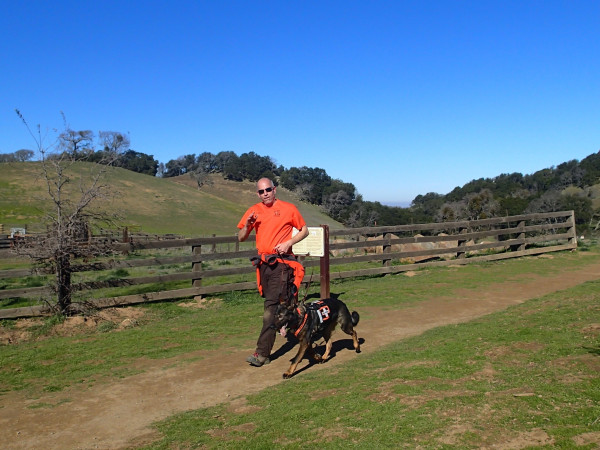 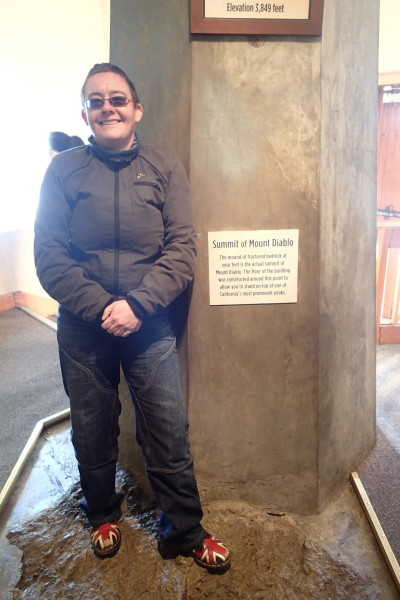