I happened to wake up around 5, and because I am a big child I thought I'd look out of the window on the off chance it had snowed. To my excitement, an inch or so of powder coated everything in sight and a large fox was padding round the car park opposite, going WAT DIS?

Now I'm up properly it's almost all gone, so I'm glad I had a brief glimpse of Wonderland.

We'd been a little anxious about leaving the Harley overnight, but not only had it been neither ticketed or stolen, someone had parked a GoldWing pal next to it! Having returned it to EagleRider, we were a short walk from the headquarters of Scoot Networks.

I ran across Scoot when I was googling scooter hire in San Francisco, and dropped them a line in my capacity as freelance motorcycle journalist (which I totally am) to ask if I could pop round and do an interview.

The Scoot system, in which you sign up as a member then pay a small fee to borrow an electric scooter, do your journey, and drop it off at one of many approved locations, is positively utopian: run by smartphone and powered by goodwill. I was disappointed not to be offered a go on one, not least because it broke our streak of using a different mode of transport every day (so far: BART, Muni, cable car, tandem, Harley), but hopefully my eventual writeup will be of interest to someone.

We spent much of the rest of the day cruising around Haight Street, shopping or hanging out in the Magnolia Pub, where I had a pomegranate cider (or 'hard cider', as it is called over there). When it got dark we wandered back to the apartment, only for Howard to leave again on a beer run. This took him a surprisingly long time, and when he returned it turned out he had been deep in discussion with the shopkeeper about the best kind of jalapeño crisps to buy me. 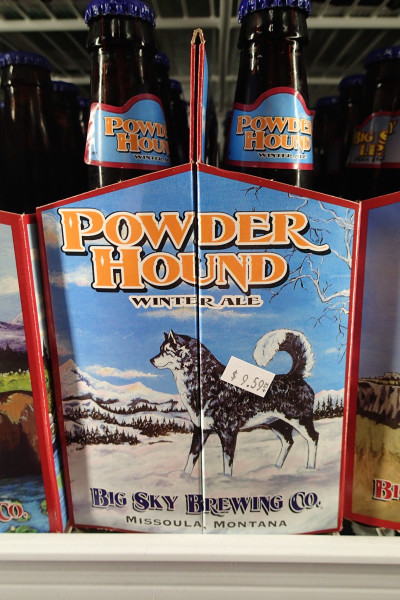 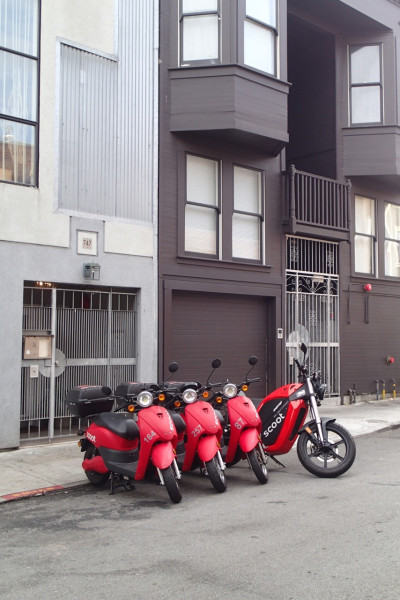