Czech breakfast! Czechfast! This included frankfurters and slices of cake (I had three of each, as Howard didn't want all his).

I have a useful app called Best Biking Roads, which told us that the short hop to the nearby town of Karlstejn along the 116 was a good 'un. It was so good, in fact, that we did it both ways, taking turns to film each other and stopping in between for a coffee and a quick look at the castle. The road climbed and twisted, with a rock wall on one side and the river, with wooded hills beyond, on the other.

Another recommended road, with gorgeous landscape views, led us to Air Park Zruč u Plzně. Aviation museums are, of course, the first thing I look up when I'm going somewhere new, and I was not disappointed by this one. The aircraft were crammed above and underneath each other, some in terrible condition, but all interesting. I peeked in the cockpit of a MiG-21 and posed by a tank.

There was an enclosed area accessible only in the company of a guide and after paying more money. Once I'd succeeded in conveying what we wanted, the volunteer on duty went from surly to sunny and showed us around, making a real effort to get his meaning across in English and showing us all the model aeroplanes he had made "with my hands!".

We were caught out when it suddenly began to rain hard, and then hail. If you haven't waited out a hailstorm under the wing of an Antonov AN-24, let me tell you that it is LOUD. It passed quickly, though, and we finished up our inspection.

As we were preparing to leave, more than a dozen funny little three-wheeled cars rolled up. It turned out to be the local Velorex club on a jolly, and was the kind of wonderful, fascinating sight you can't plan for.

We travelled through villages, startling goats and getting barked at by dogs, to the uphill bends and deep forests of the Sumava national park. Our hotel was a ski chalet, cheap in the off season and cosy. However, we'd arrived soon after seven, and by the time we were unpacked and showered nowhere in the little village would serve us any dinner.

I had had a piece of malt loaf since breakfast. I cried.

Howard, who is less fussed about regular meals than I am, helped me assemble a meagre supper from our supplies of breakfast bars and chocolate, then we went to bed. 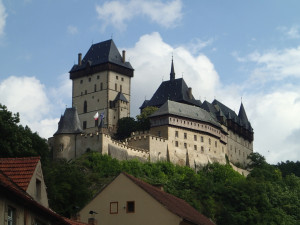 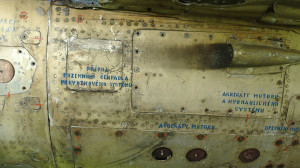 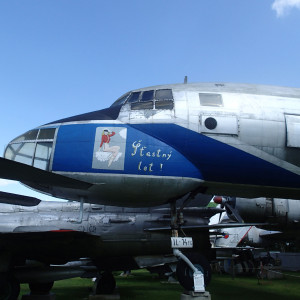 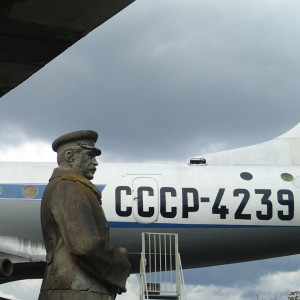 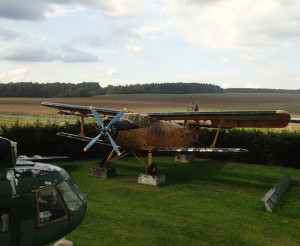 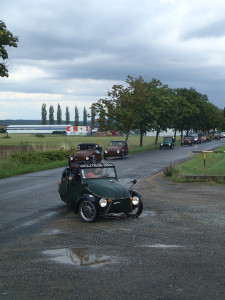 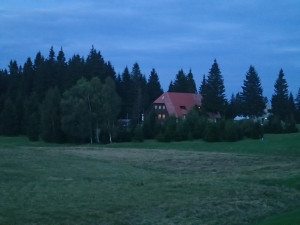 I enjoyed the morning's Czechfast greatly (I had woken at 5AM so hungry I had to have another piece of malt loaf before I could go back to sleep), and we set off refreshed. We were travelling to Brno, the Czech Republic's second city, where we would spend four nights in a self-catering apartment. I'd visited the city before, and rather fallen for the mix of historic centre and Soviet-era growth.

It was a beautiful day, although the mountain air was chilly, and it was to bring us beautiful riding: first along a high bridge over a reservoir, then into Cesky Krumlov, allegedly the prettiest town in the Czech Republic. Here I had an amusingly shaped cake which turned out to be filled with chocolate cream, and we strolled around a little.

The next section took us along the Vltava river to Vyssi Brod, near the Austrian border. A railway line ran on the other side of the road, giving us a chance to experience more of the terrifying barrierless level crossings this part of the world seems to go in for.

We crossed into Austria and enjoyed some fast, sweeping roads, also taking the opportunity to find and photograph an F-104 fighter on a pole in a company car park (thank you PlanesOnPoles.com!)

I started to get anxious, as I had told the apartment's owner we would be arriving at six, so we set off with all haste. Despite hitting rush hour traffic in Brno, we were only fifteen minutes late. We found the right block of flats, but weren't sure which buzzer to press. Then a young woman chased after me, asked in English if we were looking for the Orange Apartment, and told us where to park "and this is a bus stop so you should not stay here", as we had already discovered to my discomfort.

Soon we were installed and enjoying our welcome gift of a bottle of local wine, which gets better the more of it you drink. We visited the nearby supermarket so we'd have something for breakfast, but decided to dine at the Indian restaurant next door to our block. The countryside is all very well, I thought as I drank my pineapple lassi, but it's nice to be able to buy milk and bread at 8:30PM, and get fed at gone nine. 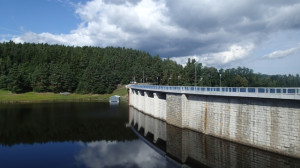 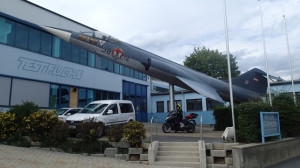 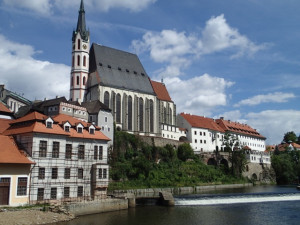 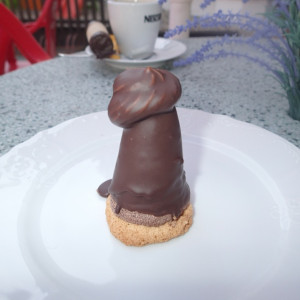