After two days of slogging, Day Three actually felt like a holiday, with more leisurely, pleasurable riding. I had planned this part of the route so that it made sense for us to reacquaint ourselves with the Grossglockner Hochalpenstrasse, a beautiful biking road previously visited in 2008.

The pass is always popular, and on this visit we saw a procession of elderly scooters with sidecars, a VW camper convention, and some bubble cars. Yet it wasn't too busy to give us a clear run to the restaurant at the halfway point, along smooth, grippy tarmac with friendly curves and stunning mountain views.

At the restaurant I had sausage and chips, again, and a bottle of local soft drink Almdudler (with a catchy name like that, I can't understand why it hasn't achieved the worldwide saturation of Coke). I later discovered that my arms had got quite sunburned over lunch, no doubt because I was 3000 metres closer to the sun than usual.

Afterwards we ascended to the highest point attainable by motor vehicle, the Biker's Nest. I found this bit less enjoyable, as it's steep, tight, and paved with flat cobbles rather than tarmacked. I hung out for half an hour, buying souvenir ACHTUNG MURMELTIERE stickers and claiming some territory for the Modern Vespa forum (London Underground-style sticker, bottom left) while Howard went back for another, full-throttle go at the pass.

Late in the afternoon we crossed into Slovenia by the Wurzenpass, a short but sweet road whose 18% gradients turned out far less scary than I had envisaged. This was much more exciting than entering the country by motorway and tunnel; that route wouldn't have featured a tank at the side of the road, for one thing.

Through a deserted border control at the bottom, and we were in a country entirely new to us. Signs wished us welcome - Dobro dosli - but everything was strange: the language, the brands of shops and petrol stations, the shapes and colours of the road signs. We have been so often to France, and enough times to Italy and Germany, that we consider ourselves veterans of European travel, yet here so much was unknown.

We left the national park for a short stretch of motorway, passed through lovely but touristy Bled, and made our way to the village where we would be staying: Srednja vas v Bohinju, a name so alien I could only vaguely remember it by thinking of Sredni Vashtar. Google Maps is a great demystifier, but it hadn't told me our destination was up a steep hill and along a cracked single-track road. By the time we'd reached the end of the village without spotting our apartment I was panicking a little, but Howard worked out where it should be, we ascended by a hairpin hairier than any we had encountered on the day's two mountain passes, and were shown by the owners to the chalet-style flat which would be our base for the next three nights.

Our plan was to self-cater, but we were later than intended and the supermarkets were closed. So we headed down the hill to one of the village's two restaurants, where we were fed a huge mixed grill washed down by liqueurs with fruit at the bottom of the glass. We walked back in the dark, and I saw my first ever fireflies flickering and darting above the bushes. 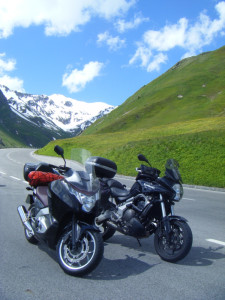 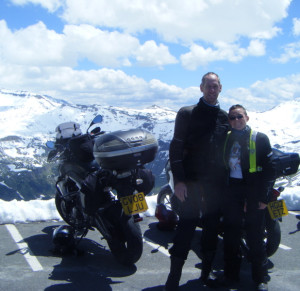 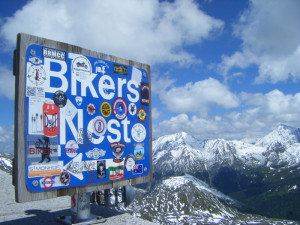