A bit late here, but for April 1st I reviewed my new pyjamas over at webBikeWorld.com.

Photos taken with Howard's assistance. It was very cold. 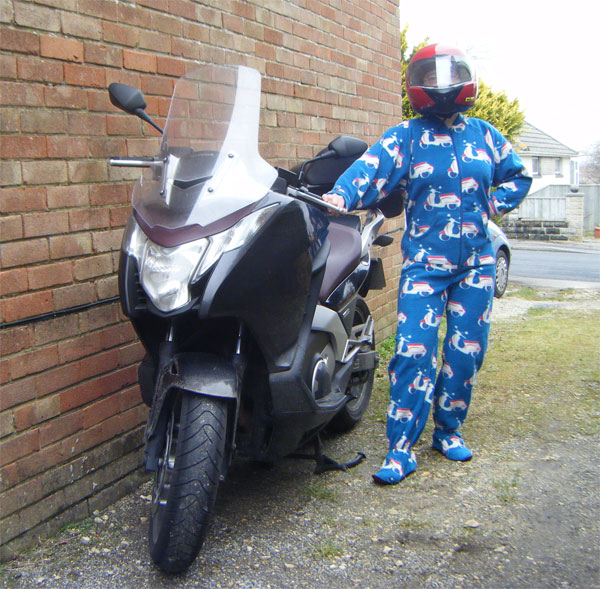 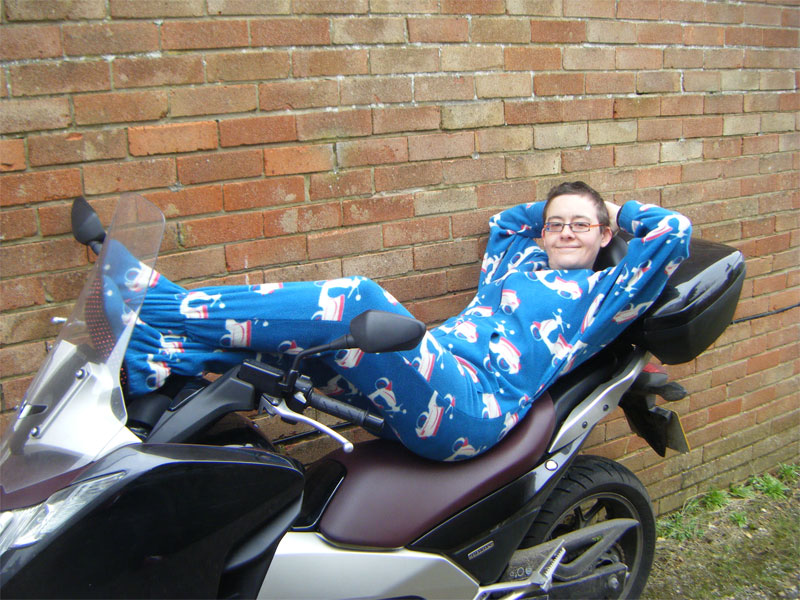 On Good Friday, Howard and I travelled to Leeds to spend the long weekend with his brother and family. Setting off separately, we met at Newark Air Museum, conveniently situated just off my route north and of great interest to me because they possess one of my favourite aircraft, the Saab Viggen.

We asked (OK, Howard asked while I shifted from foot to foot looking anxious and embarrassed) whether there was any chance we could photograph my bike next to the Viggen. To my amazement we got permission, even though the plane was in a hangar rather than on display outside. The volunteer who supervised the session was obviously pleased to meet someone with so much interest in Swedish aviation, and later let me sit in the cockpit of the Viggen's predecessor, the Draken (which he tried to tell me was better!). 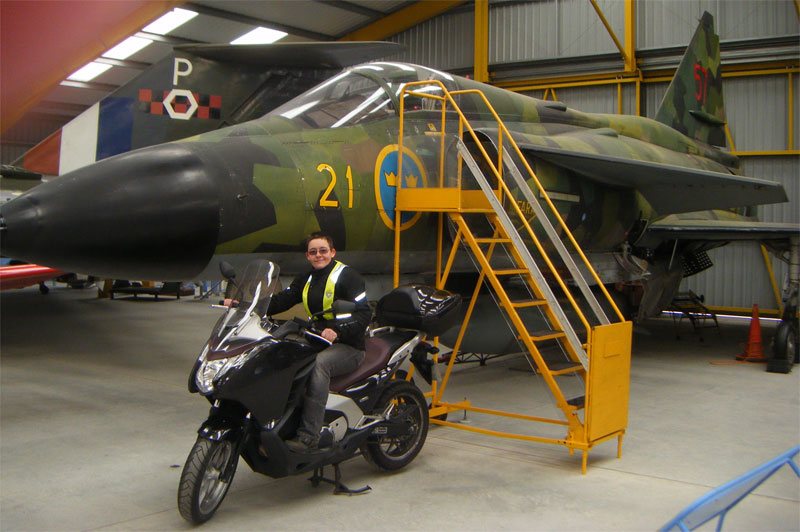 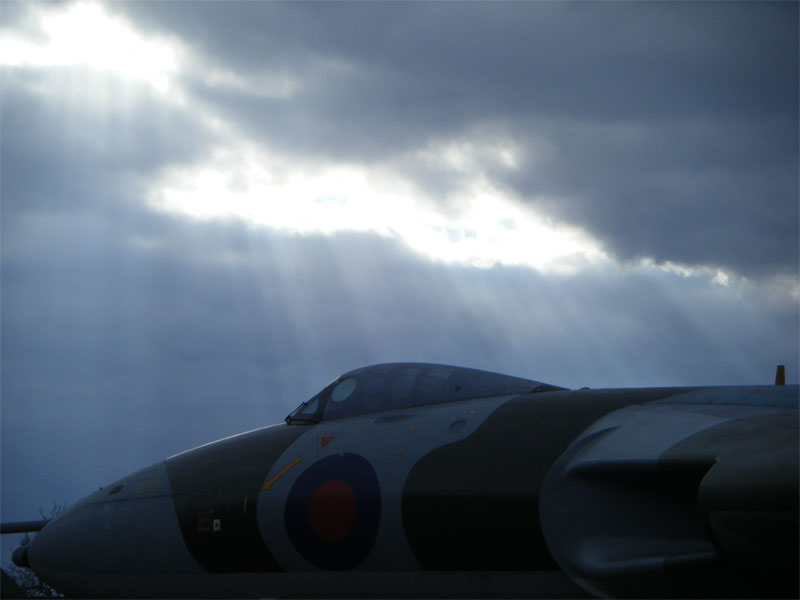 It was an excellent weekend. We went out for a curry on Friday night and spent Saturday at Eden Camp, a Second World War prisoner of war camp turned museum. Each hut has a theme, taking you through the war until you reach the prefab at the end. Seeing them all required grit as it was such a cold day, but we were fortified by 'POW Quarter Pounders' and 'Torpedoes' (hot dogs) from the NAAFI. Here are some road signs, demonstrating that road signs were often removed to confuse the enemy: 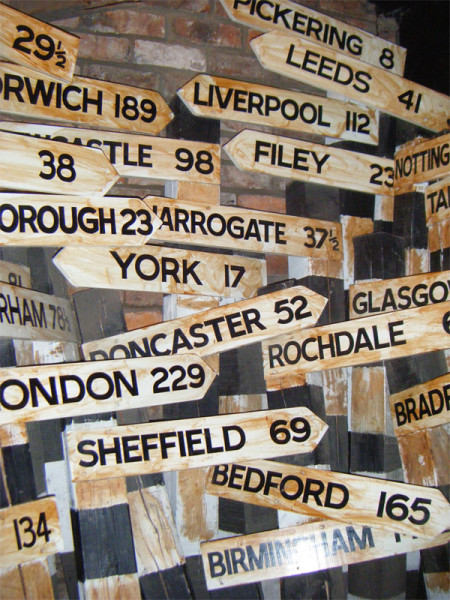 We had two proper dinners, chicken on Sunday and toad-in-the-hole on Monday, I read an entire novel and built a snap-together model aeroplane I'd bought at Newark, and on Sunday evening two dogs and a cat were brought round to visit for my especial entertainment. Coming back to work this morning was a rude shock.
Collapse